Home » Cricket » IND vs NZ 2021: Rahul sir told me to bat as many balls as possible – Shreyas Iyer

IND vs NZ 2021: Rahul sir told me to bat as many balls as possible – Shreyas Iyer 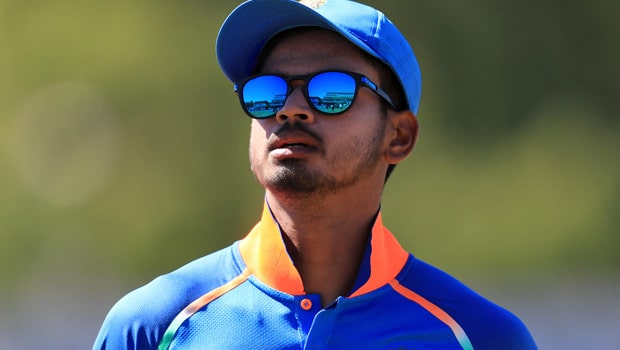 India’s Test debutant Shreyas Iyer revealed that the team’s head coach Rahul Dravid told him to bat as many balls as possible when he went out to bat. Iyer made a dream start to his Test career as he scored a fine century in the first innings and became the 16th player to score a Test hundred on debut.

Furthermore, Iyer continued his good form in the second dig as he scored another vital knock of 65 runs. Thus, he became the first Indian player to score a hundred on debut Test innings and follow it up with a fifty in the same match.

In fact, Iyer came to the crease when India was 41-3 in the second essay and was soon reduced to 51-5. However, the Mumbai batter stitched crucial associations with Ravichandran Ashwin and then with Wriddhiman Saha to pull India out of the troubled waters. Iyer added 52 runs with Ravichandran Ashwin and then posted 64 runs with Wriddhiman Saha to help his team strengthen their lead.

Iyer showed great maturity in his batting as he took his time and stated that he was used to such match situations while playing for Mumbai in the domestic circuit.

Shreyas Iyer said while talking to Star Sports after the end of day four, “I had been in this situation before as well, not with the Indian team but with my Ranji team. The mindset was to play the session and play as many balls as possible. I wasn’t thinking too far ahead, was just focusing on the present. (On being the first Indian to score a ton and a fifty in debut Test) Yeah, I knew about it. When I came back, one of my teammates told me about it. Yeah, many others have done it from other teams but I was told I am the first from India. It feels good but the most important thing is to win the match”.

He added, “Rahul Sir had told me to bat as many balls as possible and I was determined to do that. We felt that 250 including the first-innings lead would have been a good score, so we’re very happy with where we are now. Actually, not a lot was happening with the wicket today, the ball was keeping a bit low. The talk was to get to a competitive total and I feel that it’s a really good total. We have real spin power, so hopefully, we can get the job done tomorrow.”

Iyer must have gained a lot of confidence after coming up with such a fine performance in his maiden Test match. The right-hander now should get another chance in the team’s playing XI for the second Test match despite the fact that Virat Kohli will get back into the team. Thus, the team management will have selection headaches before the Mumbai Test.