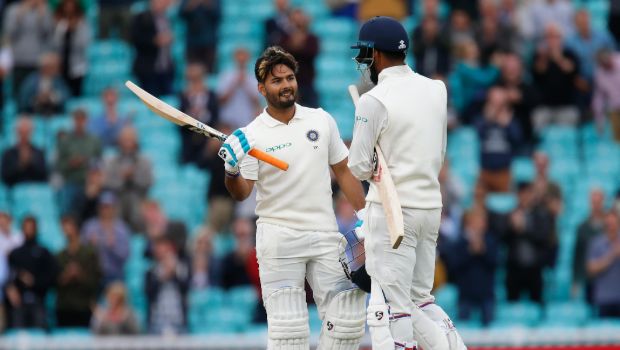 Pant hasn’t been in the best of forms in the recent past as he has failed to deliver the goods for the team in the white-ball format.

Pant returned with scores of 17*, 12* and four in the three-match T20I series against New Zealand. Furthermore, the attacking batter could not deliver in the recently concluded T20 World Cup in the UAE.

Vettori noted that sometimes Pant is overly cautious in his approach while sometimes he is reckless and he has failed to find the right balance between caution and aggression. Pant is well known for his pyrotechnics but he hasn’t stood tall to the challenges. The left-hander has played 40 T20I matches in which he has amassed 623 runs at a meager average of 23.07 and a paltry strike rate of 123.12.

Thus, Pant hasn’t been able to tick the right boxes and has failed to provide the finishing touches for the team. Vettori feels Pant has failed to achieve the right flow in his game.

“He hasn’t got his tempo right in T20 cricket. He hasn’t quite understood his role, particularly in this series. Sometimes he is overly cautious, then he is reckless. It doesn’t feel like there is a flow to his game. When you see great T20 batters batting well, it is all about flow and momentum and you just feel a rhythm to it. He hasn’t quite got that yet,” said Vettori while speaking to ESPN Cricinfo.

Vettori feels that Team India’s think tank should look somewhere else if Pant fails to achieve the right tempo in his batting. India has the option of wicket-keeper batters like Ishan Kishan and Sanju Samson, who both have impressed in the IPL.

“I will be surprised if they (team management) don’t talk long and hard about what they expect from him. But, the onus is on Pant to find that right tempo. The reality is, if he doesn’t, they can look elsewhere. They have Ishan Kishan and KL can keep wickets as well in T20. They will give Pant the opportunity to find his rhythm, knowing that they can change pretty quick as well,” concluded Vettori.

Pant will look to turn the tables as he hasn’t been at his best in the recent past. The wicket-keeper bat has been rested for the Test series against New Zealand. The first Test will be played in Kanpur from November 25.