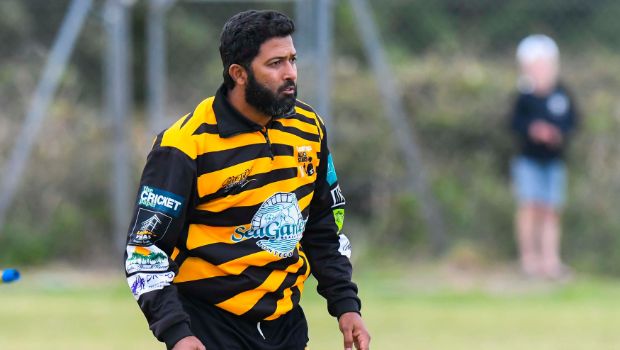 India’s former opening batter Wasim Jaffer heaped praise on debutant Shreyas Iyer who made an impressive start to his Test career after he scored an unbeaten knock of 75 runs in the first innings of the opening Test match against New Zealand in Kanpur on Thursday.

Jaffer likened Shreyas Iyer with Rohit Sharma and believes the youngster has a pretty similar attitude to the veteran Mumbai batter. Iyer made a tentative start to his Test career as he ballooned the ball to mid-off but fortunately, it landed in no-man’s area.

The debutant then played with better maturity and took the attack to New Zealand bowlers only on the bad balls. Iyer timed the ball to perfection and was strong against the New Zealand spinners.

Speaking to ESPNcricinfo after the day’s play, Wasim Jaffer said in the debutant’s praise: “He plays spin really well and I think he has a pretty similar attitude [to] Rohit Sharma which I have seen coming from Mumbai. Whenever he’s in doubt he takes the aggressive approach and that’s what suits him, even in any other format. He’s not afraid to play his shots, to back his game and that’s his strength. I am happy that he played in the same manner [despite] coming at 106-3. His first scoring shot was going over the head of mid-on. That shows that he’s confident [about] his skills and that’s very nice to see.”

Before making his Test debut, Iyer had to prove his mettle in the domestic circuit. He amassed 4592 runs in 54 first-class matches at an impressive average of 52.18 and scored his runs at a fine strike rate of 81.54. Ergo, he deserved his chance at the top level and was handed over the 303rd Indian Test cap by legendary Sunil Gavaskar.

“Shreyas Iyer has come through [putting] the hard yards. He’s got lots and lots of runs in Ranji Trophy and first-class level. So he’s not short of experience… Even though he’s playing white-ball cricket for India, he’s come through the grinds just like Ajinkya Rahane and Pujara… He plays attacking cricket and that’s something you need at No. 5 and 6. You’ve got Rishabh Pant coming in and those players, if they bat a session or two, they can change games. Really happy for him, he’s grabbed his opportunity with both hands.”

Iyer is unbeaten on 75 runs and will have a golden opportunity to score a hundred on debut on the second day of the Test match. India ended the day on 258-4 and is in a dominating position.