Home » Cricket » IND vs NZ 2021: Shreyas Iyer went out to play just like he plays for Mumbai or India A – VVS Laxman

IND vs NZ 2021: Shreyas Iyer went out to play just like he plays for Mumbai or India A – VVS Laxman 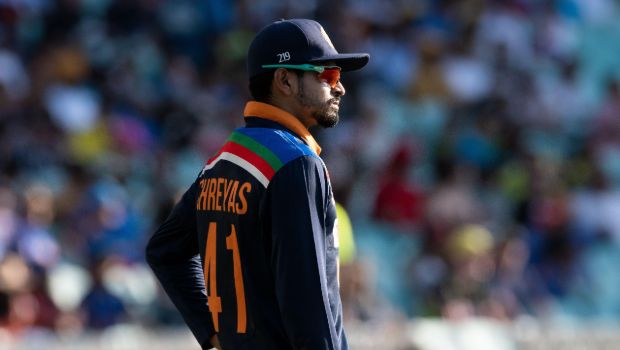 Former Indian batter VVS Laxman lauded Shreyas Iyer for making an impressive Test debut against New Zealand at the Green Park Stadium, Kanpur on Thursday. Iyer scored a fine knock of unbeaten 75 runs and helped the team in posting a score of 258-4 at the end of the day’s play.

Iyer joined forces with India’s captain Ajinkya Rahane after the team lost the wicket of Cheteshwar Pujara and were in a spot of bother at 106-3. The hosts soon lost the wicket of Rahane and were reduced to 145-4 but Iyer and Ravindra Jadeja added a fine alliance of 113 runs for the fifth wicket.

Iyer got off to a scratchy start as he took a chance to get off the mark but had the rub of the green on his side as the ball landed away from Kane Williamson. The right-hander then showed more maturity in his game and punished the bad balls from the New Zealand bowlers.

Laxman noted that Iyer went out to play just like his plays for his domestic team Mumbai or India A.

Speaking on Star Sports, Laxman said: “A lot of credit should be given to Shreyas Iyer for the simple fact that the last first-class game he played was almost 2 years back. The toughest challenge for any youngster is to shift the mindset from white-ball to red-ball cricket. He didn’t compromise on any aspect, he went out to play just like he plays for Mumbai or India A.”

The 47-year-old added: “The way he handled pressure shows his character. He has done that for Delhi Capitals, for India in white-ball cricket. It’s great news for India that a youngster seized the opportunity on his debut. He was not hesitant to play the big shots, his natural game.

“The way he played against the spinners, he is someone like Rohit Sharma who likes to take the aerial route. There is no harm in doing that even in red-ball cricket, you have to back yourself, you have back your strength and be careful.”

Laxman added that Iyer’s mental strength was on display and his character stood out more than his skills on the opening day of the Test match.

“Someone like Shreyas Iyer, who likes to play aggressive cricket, those shots can be reckless, sometimes. There is a very fine line between being reckless and being aggressive. I thought he was aggressive. Whenever Jamieson or Southee bowled good deliveries, he respected them.

“It’s not that he played only dimensional cricket. More than his skill, his character was on display. He shows his mental toughness,” Laxman signed off.