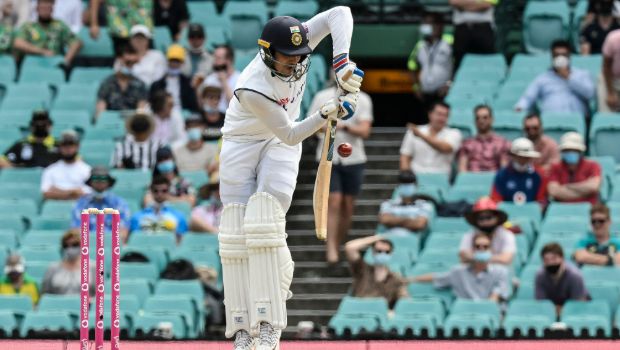 Former Indian opener Aakash Chopra has opined that Shubman Gill doesn’t look like a Test opener. Chopra noted that Gill mostly plays inside the line, which exposes his inside as well as outside edge.

Gill scored a fine knock of 52 runs on the opening day of the first Test match against New Zealand at the Green Park Stadium, Kanpur on Thursday.

However, he was dismissed on a good length delivery from Kyle Jamieson. Gill tried to play a defensive shot but as there was a gap between his bat and pad, the ball ricocheted onto the stumps after taking an inside edge.

In fact, Gill has had his issues against good-length deliveries in the past. Chopra feels Gill is more suited to the middle order as he is a better batsman to a spinner than a fast bowler.

Chopra said while talking to Star Sports, “Whenever I see him play, he doesn’t look like a Test opener to me. The way he plays inside the line, the outside edge and inside edge are both exposed.”

“But when he plays spin, he is tall and uses his feet well, uses the reach very well, his footwork is impeccable and his defense is also solid. The bat is always in front of the pad,” the former Test player added.

“In my opinion, he is a middle-order batter, he has been made to open. He has done well as an opener but his true color and form will be seen when he bats in the middle order.”

In fact, it was earlier reported that Shubman Gill might bat in the middle overs but he was asked to open the innings with Mayank Agarwal after KL Rahul was ruled out of the Test series due to a thigh injury.

Thus, Shreyas Iyer made his Test debut and became the first 16th Test Indian player to score a hundred on Test debut. India has thus far posted a par score of 339-9 in their first innings.