Home » Cricket » IND vs NZ 2021: Spin component is going to be a big factor in the series, says Kane Williamson

IND vs NZ 2021: Spin component is going to be a big factor in the series, says Kane Williamson 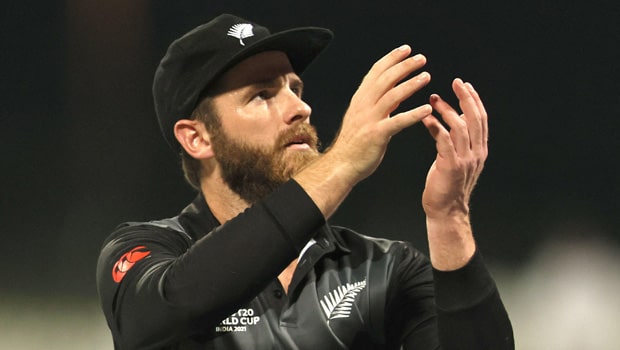 New Zealand skipper Kane Williamson reckons spin is going to play a major factor in the upcoming two-match Test series against India. It is well known that the spinners play a massive role in the success of the team in the Indian conditions. The Indian surfaces are known to be conducive for the spinners and it will be interesting to note how New Zealand will adapt to the tough conditions.

India has quality spinners like Ravichandran Ashwin, Ravindra Jadeja, and Axar Patel in their squad, and they are expected to play all of them in the first Test match. The spin trio has scalped a total of 470 wickets at an impressive average of 20.97 in the Indian conditions.

On the other hand, the Kiwis will rely on Mitchell Santner and Ajaz Patel, both of whom don’t have a lot of experience of bowling in the Indian conditions. Williamson stated that it will be imperative for the team to adjust and adapt to the conditions, which will be on offer.

“I guess everybody is looking at different ways to be effective, whether it is the new ball for a seamer or spinner in terms of their role. Like you mentioned, the Indian side has new players from their last series, so there are different factors to take into account. For us, it is about being well prepared and being as effective as possible as a bowling unit,” Williamson said during the virtual pre-match press conference.

“I suppose it is important to adapt and adjust and see what might be the most effective. As we have seen in this part of the world, the spin component has been very large and it has played a big role in changing the complexion of the game. So I am sure both sides will be aware of that and looking to play a strong spin component,” Williamson added.

Meanwhile, Williamson is satisfied with the team’s preparation ahead of the Test series and feels it will be pivotal to access the conditions.

“The preparation has been really good, guys have been able to gain some practice. All the Test players are excited to be back together. I am sure throughout the whole series, the spin component will be a factor and it will be no different in Kanpur. It will be about assessing the conditions as quickly as possible.

Williamson is going to hold the key for the tourists as he is their best batter and he is also in good form. The first Test match will be played in Kanpur from Thursday.