Home » Cricket » IND vs NZ 2021: Suryakumar Yadav should continue to bat at no.3 even when Virat Kohli returns to the T20I squad – Gautam Gambhir

IND vs NZ 2021: Suryakumar Yadav should continue to bat at no.3 even when Virat Kohli returns to the T20I squad – Gautam Gambhir 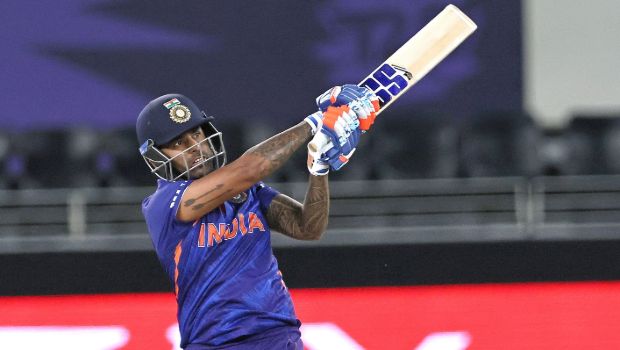 Former Indian opener Gautam Gambhir reckons Suryakumar Yadav should continue to bat at number three even when ex-skipper Virat Kohli will return to the T20I side.

Kohli mostly bats at one down for the national team in the limited-overs format but Gambhir reckons Yadav should bat at that position in the 20-overs version.

Suryakumar Yadav is well known to hit the ground running and he is a pure timer of the ball. Yadav also is known to hit the ball in the gaps and plays proper cricketing shots to get his runs. The right-hander played a fine knock of 62 runs off just 40 balls in the first T20I against New Zealand at the Sawai Mansingh Stadium, Jaipur on Wednesday. Thus, Yadav played a key role in taking India over the line against the Kiwis by five wickets as the hosts have taken a 1-0 lead in the three-match T20I series.

On the other hand, Virat Kohli has also done a magnificent job while batting at number three in the shortest format. Kohli has all the experience under his belt and he knows how to build the innings.

Kohli is the highest run-getter in the shortest format of the game as he has amassed 3227 runs in 94 T20Is and has scored his runs at an impressive average of 52.05 and a strike rate of 137.91. However, Kohli hasn’t been in the best of forms in the recent past.

“He (Suryakumar) has got many options. He plays spin very well. He has got all the shots, he is a 360 player as well. That is what makes him very difficult to bowl at. When Virat Kohli comes back, I still want to see Suryakumar bat at No. 3 and Virat at No. 4,” Gambhir said while speaking to Star Sports.

“That gives India an option to continue with the momentum because Rohit Sharma and KL Rahul are very explosive at the top. And Surya at No. 3 could be your best option because he can continue the momentum and Virat can be an anchor at No.4 probably like how Steve Smith has been for Australia. If you lose a couple of early wickets, Virat can manage that middle order,” he added.

Gambhir added that Kohli should continue to play the important anchor’s role in the T20I format as he is not a big hitter of the ball.

“So once, Virat gets in, I still want to see Surya batting at No. 3 because he will win you many more games while batting at No. 3. If you bat Virat at No. 3, then there is hardly any experience in that middle order with Surya, Rishabh following.

“So Virat will probably have to play that most important role, play that anchor role and bring the middle-order together,” Gambhir added.

The second T20I between India and New Zealand will be played in Ranchi on Friday.