IND vs NZ 2021: “Teams seeing him come out at No.6 or 7 will be on the back foot” – Daniel Vettori on Ravindra Jadeja 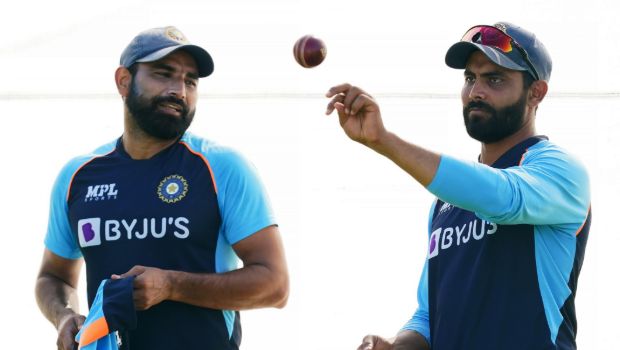 Former New Zealand skipper Daniel Vettori heaped praise on Ravindra Jadeja for scoring an unbeaten knock of 50 runs in the first innings of the ongoing opening Test match against the Kiwis at the Green Park Stadium Kanpur on Thursday.

Jadeja joined forces with Shreyas Iyer when the Indian team was on the backfoot at 145-4 but he added a fine undefeated alliance of 113 runs for the fifth wicket.

The former Kiwi spinner Vettori believes teams seeing Jadeja come out at no.6 or 7 will be on the back foot as they know that he will take the game on. Jadeja has been in prolific form with the bat in the last couple of years and he has taken his batting to new heights.

The southpaw is known to play according to the match situations and rotates the strike at regular intervals to score his runs. Furthermore, the left-hander can also score his runs at a brisk pace when he has to bat with the tailenders. Vettori added that Jadeja has shown real batsmanship in the recent past.

Daniel Vettori said while talking to ESPN Cricinfo, “I think I do… It’s because of the style that he’s playing. I think it’s always been the [common] knowledge that Jadeja is so talented but the style of the last year of Test match batting has shown that he has some real batsmanship. It isn’t just about scoring quickly, he assesses the situations as well as anyone now and he plays a role. I think a lot of teams see him come out at 6 or 7 and are going to be on the back foot because he’ll be swashbuckling and he’s going to take the game on.”

On the other hand, former Indian domestic giant Wasim Jaffer added that Jadeja has been scoring consistently but feels he needs to bat according to the conditions.

Jaffer added that Jadeja’s weight is worth in gold and revealed why Virat Kohli prefers to play him ahead of Ravichandran Ashwin in overseas conditions.

“His weight is worth in gold. Even overseas, you know Virat Kohli prefers him over Ashwin just because he gives that control with the ball and he can be very, very deceptive when Day 3, Day 4, Day 5 come in. And his contribution with the bat is so consistent and that is the reason why he sometimes plays in front of Ashwin. This partnership proves it again – in India, definitely, he’s our No.1 all-rounder.”

India had finished the opening day in a dominating position at 258-4.