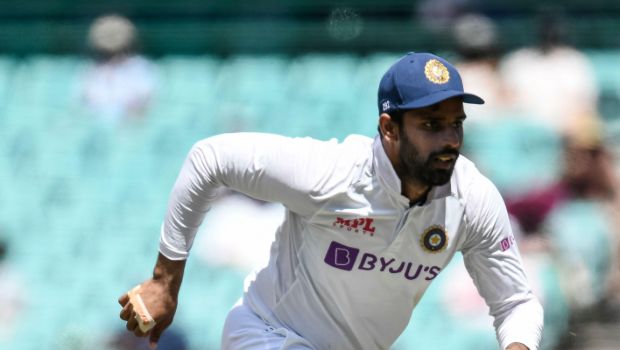 With the series tied at 1-1, the tourists were on the ropes as they needed to save the Test match. Vihari, who was struggling with his hamstring injury, batted 161 balls for his knock of 23 runs along with Ravichandran Ashwin to help India stay level with the hosts.

Vihari was ruled out of the Test series against England and also didn’t play in the IPL. However, when he was fit, the Chetan Sharma-led selection panel did not include him in the Test squad for the series against the Kiwis.

Ajay Jadeja said while talking to Cricbuzz, “Vihari, poor guy. He did well. He has been with Indian cricket for a while, done well. What has he done wrong? Why should he go to India A tour, why can’t he play a Test match at home? Or don’t send him on A tour also. Somebody who has been with the team, now goes to India A tour and a new guy comes in. That’s messing with people’s minds.”

On the other hand, India dominated New Zealand in the three-match T20I series as they won by 3-0. The hosts will once again be favorites in the Test series in their own conditions. India’s veteran wicket-keeper bat Dinesh Karthik reckons India will send New Zealand packing and will dominate the two-match Test series.

“They are a team to beat. They showed that in the WTC final. They have done really well for a period of time and I don’t think for any reason, they should ever be called underdogs now. They are a very solid team. They are packed with really skillful players and they will be looking to put up a show in Kanpur,” said Karthik.

“Kanpur will be a massive challenge for them. Last time, they played there, they got blown away by Ashwin, so it will be very interesting to see how they turn up and showcase their skills,” he added.