Home » Cricket » IND vs NZ 2021: The batsman must make the adjustments and show patience – Sunil Gavaskar on playing in challenging conditions

IND vs NZ 2021: The batsman must make the adjustments and show patience – Sunil Gavaskar on playing in challenging conditions 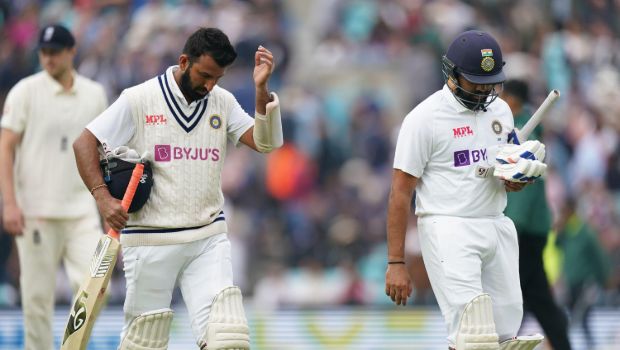 The Indian pitches are conducive for the spinners and it is not easy to bat on the turning pitches for the foreign batters as they don’t have the experience of batting on them.

However, it is imperative for the batters to show grit, determination, and gumption to come out with flying colors in tough conditions. But the Little Master has noticed that players try to play an aggressive shot which could get them out of the jail.

Sunil Gavaskar wrote for Times of India, “When teams come to play cricket in India, they know they encounter pitches where the ball is likely to turn on the first day of the Test. However, if one goes in to bat with a predetermined approach, then that is more likely to fail. One needs to fight the conditions, make the adjustments and show the patience that playing spin demands.

“Even on pitches with grass on it, as India found in New Zealand last year, the batsman must trust his game and make the adjustments mentally to grit it out and look like an idiot at times but not give up the fight. This thinking that there is going to be a delivery sooner than later with one’s name on it is defeatist and negative.”

Gavaskar gave the example of Cheteshwar Pujara playing the pull shot in the New Zealand conditions, which is not his forte.

“We saw Pujara in New Zealand getting out trying to play the hook shot because of them being made to believe not to trust his usual game and try something different. The ‘get out of jail’ shot is what it is called in modern parlance, but there have hardly been any jailbreaks seen even after the odd shot succeeds,” the former opener added.

Meanwhile, New Zealand’s veteran batter Ross Taylor adopted an approach of ‘see the ball and hit the ball’ in the second innings of the second Test at Wankhede Stadium and he looked at sea. Taylor was dismissed for a paltry score of six runs, which didn’t impress Sunil Gavaskar.

On the other hand, the renowned commentator heaped praise on Daryl Mitchell and Henry Nicholls for showing the stomach for a fight in New Zealand’s second dig.

“What Daryl Mitchell and Henry Nicholls showed was the right approach, and till Mitchell got carried away and tried to repeat a lofted shot and got caught, the Kiwi pair looked in no trouble at all,” Sunil Gavaskar further said.