IND vs NZ 2021: The mindset is to take Indian cricket forward – Virat Kohli 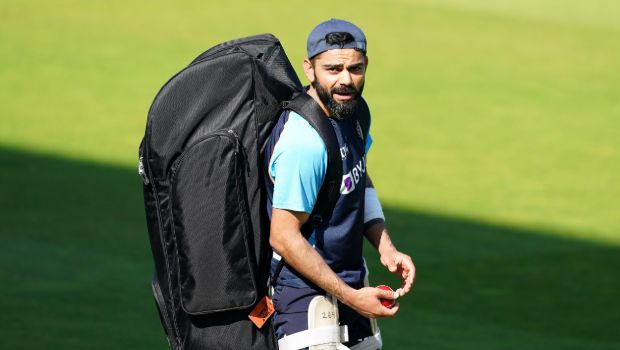 The Indian skipper Virat Kohli said his mindset is to take Indian cricket forward with the new management at the helm.

India registered a thumping win of 372 runs against New Zealand in the second Test at the Wankhede Stadium on Monday. The hosts could not win the opening Test match at Kanpur as they failed to take the final wicket after Rachin Ravindra and Ajaz Patel showed resistance in the final 45 minutes.

However, India came up with a dominating performance in the second Test as they were able to put their noses in front from the get-go. India posted a par score of 325 runs in the first innings after Mayank Agarwal scored a fine knock of 150 runs and then skittled out the opposition for a mere total of 62 runs. Thus, it was always going to be difficult for New Zealand to bounce back from that situation.

India then added 276 runs in the second innings and set up a huge target of 540 runs for the Kiwis. The tourists were then dismissed for 167 runs as Ravichandran Ashwin and Jayant Yadav scalped four wickets each.

Virat Kohli was delighted with the performance of his team and stated that the aim is to help Indian cricket grow at all levels. The Indian skipper also wants the team to emulate the same success in the upcoming tour of South Africa.

On the other hand, New Zealand was able to bail themselves out of the jail in the opening Test match at Kanpur as they were able to eke out a draw. There wasn’t much bounce in the Kanpur pitch and it didn’t have the bite for the bowlers. Kohli added that it was good to make a comeback and win the second Test.

Kohli added, “To come back with a win again, it’s a great feeling and a clinical performance. You want individuals to step up. The first Test was good, and it was a clinical performance here. We discussed the performance and the opposition played out a good draw. The bowlers tried all their best, but the Kiwi batsmen stuck it out really well in Kanpur. Here there was more bounce and the fast bowlers got assistance as well, so it gave us a better chance to win the Test match”.

India will now tour South Africa for three Test matches and as many ODIs.