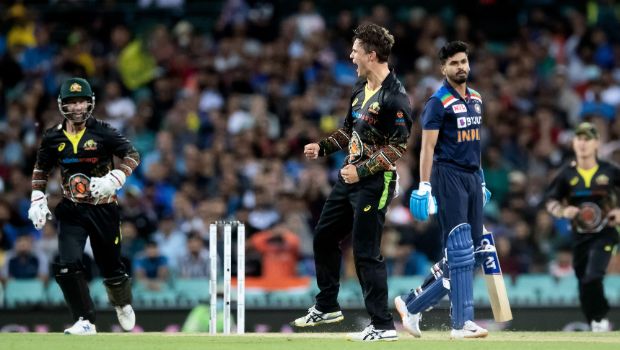 Laxman heaped praise on the youngster for absorbing the pressure in his first Test match. Iyer scored a fine knock of 105 runs in his debut Test innings and became the 16th Indian player to score a century on Test debut.

Subsequently, he scored another vital knock of 65 runs in the second innings to help his team extend their lead and became the first Indian player to score a hundred and a fifty on Test debut. In fact, Iyer came to the crease when India was in a spot of bother in both innings.

India was 145-4 in the first innings at one stage and then they were struggling at 51-5 in the second dig of the Kanpur Test. Thus, Iyer was able to get the crucial runs in both innings as he scored a total of 170 runs in the opening Test and was awarded the Player of the match. Iyer became the seventh Indian player to win the Man of the Match award on his Test debut.

Iyer scored a total of 202 runs in two Test matches at an average of 50.50 and thus made an impressive start to his Test career.

Speaking to Star Sports, VVS Laxman said, “The standout performer was Shreyas Iyer, the way he absorbed pressure in his first Test match itself. He came to bat in a difficult situation, four wickets had fallen, the way he paced his innings, he made a century in the first innings.”

“The Indian team was again under pressure in the second innings, five wickets had fallen but he showed confidence in his natural game and made a half-century. So match-winning knocks in both innings.”

In fact, Iyer had last played a first-class two years ago and he was short of red-ball practice but the right-hander was able to take Test cricket like fish to water. Laxman was impressed that Iyer played his natural game and made great use of his feet against the spinners.

“We need to keep in mind that he played first-class cricket two years back. That means he had not played red-ball cricket at all, was continuously playing white-ball cricket. So he made changes in his mindset, technique and approach.”

“The way Shreyas Iyer batted against the spinners, in this match we talked about Mayank Agarwal’s attacking nature, similarly Shreyas Iyer on debut, the way he used his feet and played his natural game. This becomes necessary, you have to replicate the technique and approach you have used in first-class cricket in international cricket as well.”

After an impressive debut, Shreyas Iyer is expected to be part of the team’s squad for the upcoming tour of South Africa, where India will play three Test matches and as many ODIs.