Home » Cricket » IND vs NZ 2021: There are a lot of people breathing under his neck – Aakash Chopra on under-fire Ajinkya Rahane

IND vs NZ 2021: There are a lot of people breathing under his neck – Aakash Chopra on under-fire Ajinkya Rahane 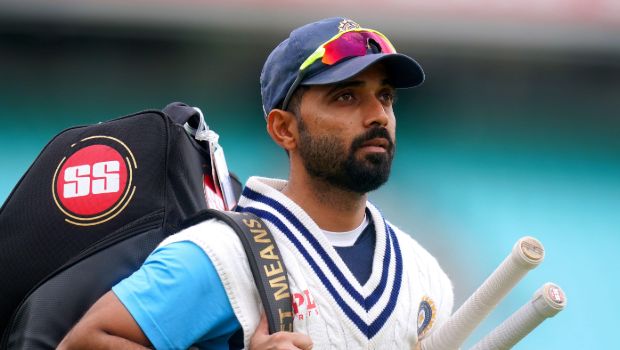 Former Indian opener Aakash Chopra believes the upcoming Test series against New Zealand will be a crucial series for Ajinkya Rahane, who has been under the pump in the recent past.

Rahane hasn’t been consistent and has failed to deliver the goods for the team.

Thus, his place in the side has become questionable and he will be under pressure to perform at his best in the Test series. Rahane could only manage 109 runs in four Test matches against England at a paltry average of 15.57 and could only manage a solitary fifty in the seven innings he batted.

Rahane will lead the team in the first Test match in the absence of full-time skipper Virat Kohli and it will be imperative for him to be at his best against the Kiwis.

Speaking on his YouTube channel, Aakash Chopra commented: “It is extremely important. There are a lot of people who are breathing under his neck. The series is significant because he may be the captain in the first Test, but he is under pressure without doubt. If the last Test in England had taken place at Old Trafford, God knows if he would have been there in the playing XI or not, after what happened at The Oval.”

Chopra added that if players like Mayank Agarwal, Shreyas Iyer, and Shubman Gill will score runs in the first Test, it will be difficult for Rahane to hold his place in the team.

“He is the captain for the first Test but Virat Kohli will be back for the second. Remember, when India goes to South Africa, Rohit Sharma will be back. For the New Zealand series, India has picked Mayank, Shreyas, Shubman. Whoever gets the opportunity, if he scores a lot of runs, Rahane’s place will come under the scanner. There is Hanuma Vihari as well, who has not been picked for the New Zealand Tests.”

On the other hand, former Indian opener Gautam Gambhir reckons Rahane is fortunate to be still part of this team as he hasn’t performed at his best.

Gambhir said on Star Sports: “I am going to open with Mayank Agarwal and KL Rahul because he opened in England and then probably Shubman Gill will bat at No. 4. Plus, Rahane is pretty fortunate that he’s still part of this side because he’s leading. But again, he’s got another opportunity now, hopefully, he can make that count.”

The first Test match will be played in Kanpur from November 25.