Home » Cricket » IND vs NZ 2021: There is no harder assignment than playing India at home – Ross Taylor

IND vs NZ 2021: There is no harder assignment than playing India at home – Ross Taylor 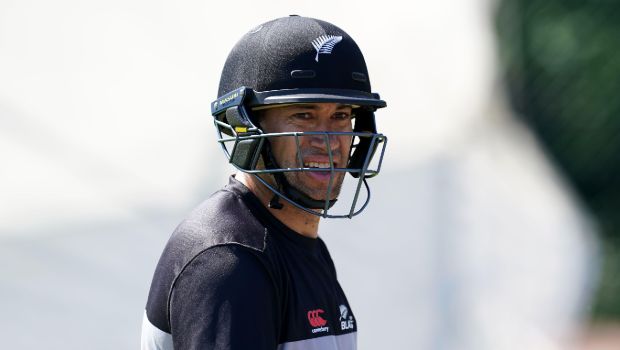 New Zealand’s veteran batter Ross Taylor has admitted that there is no harder assignment than playing India in their home conditions.

India has already taken an impregnable lead of 2-0 in the three-match T20I series against New Zealand and the home side will begin as favorites in the two-match Test series against the tourists.

Meanwhile, India had beaten New Zealand by 3-0 in the three-match Test series in 2016 and they will look to continue their home domination.

“Definitely looking forward to, definitely going to be a challenge. I think there is no harder assignment than playing India at home or Australia away. They are probably the two toughest challenges in Test cricket at the moment.

The experienced batter feels it will be crucial for New Zealand to negate the spin duo of Ravichandran Ashwin and Axar Patel in the two-match Test series. Both Ashwin and Patel were lethal in the home series against England earlier in the year, which India won by 3-1.

“I don’t want to give my secrets away just here (on being asked what’s his plan for Ashwin). I don’t know what lineup India decide to go with, Axar Patel played a big role against England,” Taylor said in a virtual press conference.

“Now they are going to play three spinners or two spinners, obviously Ashwin will be one of them. They are very good bowlers, especially in these conditions and how we will play them, will play a big part in how the series is gonna go.”

Furthermore, along with a potent spin bowling line-up, India also has a formidable pace attack which has bowlers like Ishant Sharma, Umesh Yadav, Mohammed Siraj, and Prasidh Krishna. Jasprit Bumrah and Mohammed Shami have been rested for the two-match Test series.

“Fast bowling still remains a main element with the new ball and reverse swing. But spin more often plays a big part over here, so we could be naive if we assume only spin will play a key part.

“We still gonna have to face a quality seam bowling lineup and reverse swing. I think we should also be worried about that but spin is gonna play a big proportion of how we will be going to play the Test,” Taylor said.