Home » Cricket » IND vs NZ 2021: This has been my dream year but I want to improve further – Axar Patel

IND vs NZ 2021: This has been my dream year but I want to improve further – Axar Patel 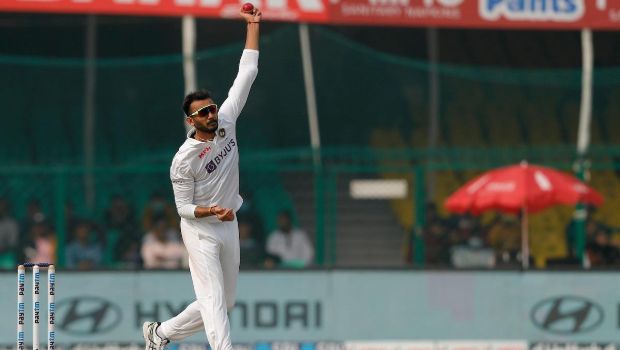 India’s all-rounder Axar Patel has made a dream start to his Test career and just keeps getting better with every game. Patel scalped 27 wickets in three Test matches against England earlier in the year and has continued the same form against New Zealand in the two-match Test series.

Moreover, he played a fine little cameo of unbeaten 41 runs to beef up India’s lead in the second innings. Thus, Patel is ticking the right boxes in his young Test career and he has taken Test cricket like fish to water.

“Actually, this has been my dream year you can say. The way I bowled in England series and now how the New Zealand series panned out, in between, there was IPL so I can say that this has really been a good year for me personally,” Axar, said after the third day’s play.

“My endeavor is to keep improving and look at areas where I need to get better. All the hard work that I have put in all these years has finally yielded results this year,” Axar added.

On the other hand, it is thought by a lot of experts that India could have declared a bit earlier as they were already ahead in the game. Virat Kohli decided to declare at 276-7 and gave a gargantuan target of 540 runs to the Kiwis. Patel revealed that the team was trying to explore different options while batting in the third innings of the Test match.

“I won’t call it a delay (in the declaration) as there is so much time left in the game. The idea was to bat as long as possible in this kind of a situation, you don’t get every day, so the plan was to make the most of it. “We were trying to explore various options and check out what if we have to chase on this kind of a track on the last day, trying to express ourselves in a different situation,” he said, explaining the rationale behind the move to bat 70 overs in the second innings.

New Zealand is 140-5 after 45 overs and thus India is five wickets away from winning the second Test match and the series.