IND vs NZ 2021: Trent Boult knows my weakness and I know his strength, says Rohit Sharma 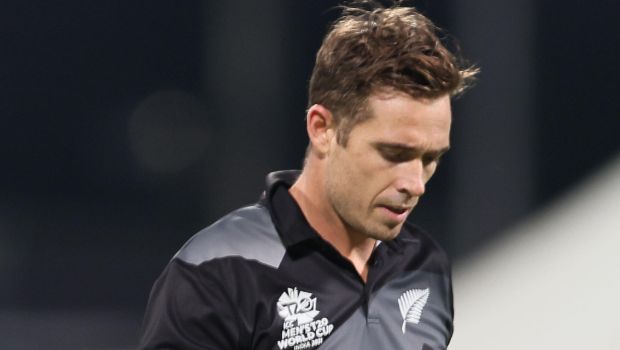 India’s T20I captain Rohit Sharma got off his leadership tenure with a winning start as Team India defeated New Zealand in the first T20I by five wickets at the Sawai Mansingh Stadium, Jaipur on Wednesday.

Rohit scored a good knock of 48 runs off just 36 balls but he was dismissed by his Mumbai Indians teammate Trent Boult with a short-pitched delivery.

After having played with each other for a long period of time, both Rohit Sharma and Trent Boult know their respective strengths and weaknesses. Rohit revealed that he knew the left-arm seamer will bowl a short-pitched ball as he had brought the fine-leg in the circle. The Indian opener was trying to hit the ball over the short fine-leg but could not clear the fielder as there was no pace on the ball.

Rohit Sharma said in the post-match presentation, “We (Boult and I) played a lot of cricket together and he knows my weakness and I know his strength, it’s a good fight between the two. When I captain him I always tell him to bluff, and that’s exactly what he did. He put the mid-wicket back and put the fine leg up and I knew he was gonna bowl a bouncer and I was just trying to put it over the fielder but unfortunately, there wasn’t much pace on the ball”.

However, Rohit provided a fine start to his team in the run-chase of 165 runs as he scored five fours and three sixes during his knock. On the other hand, Suryakumar Yadav played a match-winning knock of 62 runs off just 40 balls with the help of six fours and three sixes. Yadav was able to hit the ground running as he timed the ball to perfection. Rohit heaped praise on the batter for his fine knock.

Rohit continued, “Surya batted brilliantly and that’s how he plays, he played some percentage shots as well and plays spin really well and uses the pace well for the fast bowlers”.

Meanwhile, Ravichandran Ashwin continued his good form as he accounted for Mark Chapman and Glenn Phillips and conceded only 23 runs in his quota of four overs. Furthermore, Axar Patel also bowled an economical spell as he gave away 31 runs in his allotted four overs.

Rohit heaped praise on his spin duo as he added, “Ashwin and Axar bowl in tandem for the Delhi Capitals and they are always looking to take wickets which is a good sign and it’s important to try and put the brakes and those guys do that”.

The second T20I between India and New Zealand will be played in Ranchi on Friday.