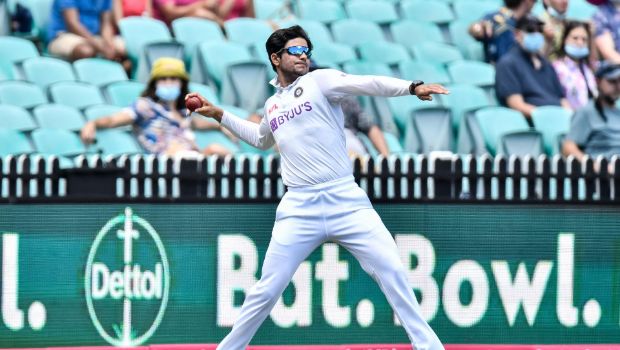 The 22-year old youngster is making good use of his feet against the spinners to get to the pitch of the ball.

Gill scored a fine knock of 52 runs on the opening day of the Test match against New Zealand at the Green Park Stadium on Thursday. The right-hander from Punjab played Ajaz Patel and William Somerville with guile and looked confident in his approach.

However, Gill was once again dismissed on a good length delivery when an inside edge of his bat rattled into the stumps. There was a gap between Gill’s bat and pad and it led to his dismissal.

“I really hope and feel that this guy will go on to have a really good career, especially in Test cricket, because I think he can be very vital, especially if we keep touring abroad. He has got outstanding backfoot game with his initial movement,” Pathan said on Star Sports.

Pathan added that Gill is trying to correct his technical flaws against the full-pitched deliveries from fast bowlers.

“He is a young guy, and he is very talented when it comes to batting. He is trying to figure how to actually correct whatever little technical flaw he has, especially against the fuller delivery.

“He is coming down the pitch against the fast bowlers, and I’m really impressed with the way he is playing against the spinners. He is playing the ball late,” Pathan added.

Shubman Gill has shown the skills to go a long way in his career but he needs to work on his technique while playing against the fast bowlers. The youngster scored his fourth Test fifty and it would have given him a lot of confidence.

India posted a par score of 345 runs in their first innings after Ajinkya Rahane won the toss and decided to bat first.