IND vs SA, 1st Test: Key Indian players to watch out for 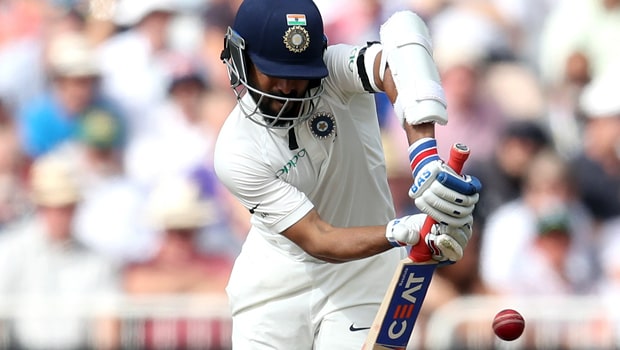 Team India gear up for the three-match Test series against South Africa at home with the first Test starting on Wednesday (October 2) at Visakhapatnam. The venue has traditionally assisted spinners and, hence, the slower bowlers from both sides will enjoy bowling here. That means batting is going to be difficult and the outcome of the match will go in India’s favour only if some of their key players make use of the home advantage they have. So, who are these players? Let’s have a look at them.

Ajinkya Rahane: The Indian middle-order batsman has a very good record against South Africa. He has 266 runs to his name in four matches against the Proteas at an excellent average of 53.20 and these runs include two centuries as well. Moreover, he is coming into this series on the back of a terrific outing in the Caribbean where he scored 271 runs in the two-match series against West Indies at a terrific average of 90.33.

Cheteshwar Pujara: The Indian No.3 didn’t have the best of outings in the previous series against West Indies cricket team as he scored only 60 runs at an average of 15.00. But he is back Playing at home once again. Cheteshwar Pujara has over 3000 runs in home conditions at a mindboggling average of 61.86. So, he would be eager to make amends for his failures in the previous series with some good performances this time around.

Ravindra Jadeja: The left-arm spinner has a terrific bowling record against South Africa. He has 23 wickets to his name against the Proteas at an outstanding average and strike-rate of 10.82 and 36.7 respectively. His economy rate of 1.76 is excellent as well. Moreover, he has a batting average of 21.80 against the South African bowlers and that sums up how good an all-rounder package he is. click for more Ravindra Jadeja news.

Ravichandran Ashwin: The off-spinner was left out of the XI during each of the matches against West Indies in the previous series. However, he looks all set to start in this match and he would be eager to establish his authority as India’s No.1 spinner once again. Ravichandran Ashwin has 31 wickets to his name against South Africa at a terrific average and strike-rate of 11.12 and 31.8 respectively. Combine that with a batting average of 25.25 and you will know the value he adds to this side.