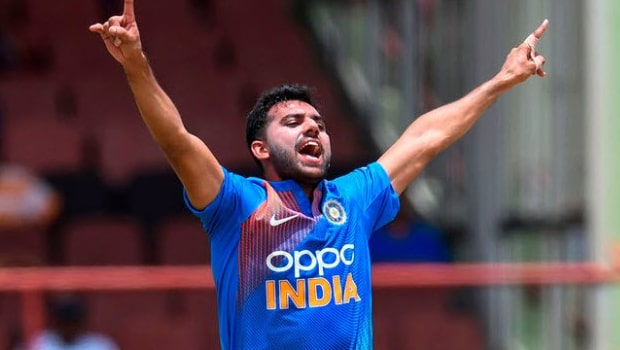 A lot of new names will be featuring for both teams in the second T20I of the three-match series between India and South Africa at Mohali. Both sides are stressing upon building a team for the future and, hence, these players will also be eager to make their presence felt in this series. While most of them are highly talented, let’s have a look at four of those players who are expected to make a major impact with their performances.

Deepak Chahar: With bowlers like Bhuvneshwar Kumar, Jasprit Bumrah and Mohammed Shami (click here for more Mohammed Shami news) rested for this series, Deepak Chahar is expected to feature in all of the games for India in this series. The first T20I was washed out but the next two matches of the series give him ample opportunity to showcase his skills with the ball. He has been a terrific performer with the new ball for Chennai over the last couple of years in the Indian T20 League and, this year, he was used extensively at the death as well. He showed what he is capable of with his spell of 3 for 4 in the last T20I series India vs West Indies. Chahar averages 11.75 with the ball in two T20Is for India so far and his role with the new ball will be pretty important once again in this series.

Rahul Chahar: Deepak’s younger brother, Rahul, should also feature in both the matches remaining in the series. He made his India debut in this format recently and that came on the back of exceptional performances for Mumbai in the Indian T20 Cricket League this year. Rahul is a zippy leg spinner who has the ability to generate sharp turn as well. He has good variations too and batsmen find him hard to pick. A tally of 28 wickets in 27 T20s so far at an economy rate of 7.05 gives an idea about how good he is while attacking and containing runs as well.

George Linde: The left-arm spinner was a last minute inclusion in South Africa’s T20I squad for this tour after Jon Jon Smuts was deemed unfit to play. He has been a consistent performer for the Cape Cobras over the years and many former South African cricketers have called for his inclusion in the South African side as well. Linde has 77 wickets in 75 T20s at a decent average of 23.51. Moreover, he is a handy lower order batsman as well and he showed his batting skills with a whirlwind knock of 52 down the order during the series against India A recently. An overall T20 career strike-rate of 139.81 gives an idea about the rate at which he is capable of scoring.

Reeza Hendricks: He might appear to be a fairly new name in the South African side but he has played 20 T20Is for the Proteas and has been their highest run-getter in the format since last year. He was a frontrunner for a spot in South Africa’s World Cup squad but he was shockingly excluded. But he is back now and all ready to fire in this series. Hendricks scored one hundred and two fifties in the recently concluded unofficial ODI series against India A and that will give him good confidence to perform in this T20I series as well. As far as his T20I record is concerned, Hendricks has 559 runs to his name at a decent average and strike-rate of 27.95 and 124.20 respectively. (For more India vs West Indies news)