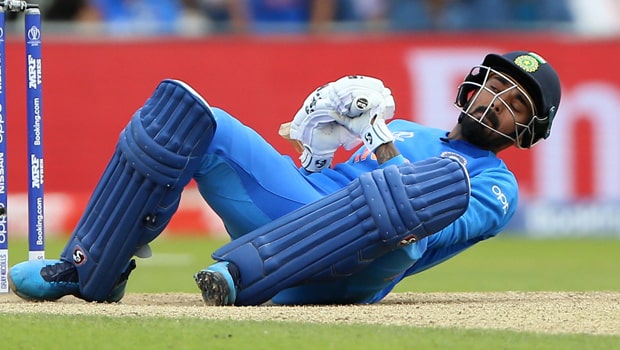 India couldn’t carry forward the momentum from their historic win in Centurion as they got bundled out for a paltry total of 202 on Day 1 of the second Test match against South Africa in Johannesburg.

Although KL Rahul and Mayank Agarwal got India off to a steady start, things went completely downhill once Agarwal got dismissed for 26 in the 15th over of the Indian innings. Cheteshwar Pujara and Ajinkya Rahane’s lean patch continued as they got dismissed for scores of 3 and 0 respectively, and India found themselves struggling at 49/3 soon.

Hanuma Vihari walked in to bat next with India in trouble. Vihari replaced Virat Kohli in this match, as the skipper got ruled out with Back Spasm. The Andhra batter looked in good touch as he steadied India’s ship along with Rahul.

But their partnership was cut short on 42 runs as Vihari gave away an easy catch to the slip cordon on an individual score of 20. Another brief partnership of 35 runs followed between Rahul and Rishabh Pant but that also couldn’t turn into the substantial one as Rahul got dismissed while trying to pull a short delivery from Marko Jansen, just after completing his fifty.

It was Ravichandran Ashwin who joined Rishabh Pant next at the crease. He played a good counter-attacking knock, put on a stand of 40 runs with Pant and also batted with the tail, before getting dismissed for a 50-ball 46. Jasprit Bumrah also played a short cameo as he took 14 runs from an over of Kagiso Rabad. But they couldn’t last for long as India were finally bowler out for 202.

Left-arm pacer Marko Jansen was the pick of the South African bowlers as he registered superb figures of 17-5-31-4. Kagiso Rabada and Duanne Olivier also picked up three wickets each.

South Africa in response were 35/1 at stumps. They lost an early wicket of Aiden Markram as Mohammed Shami trapped him lbw in the fourth over of their innings. It was skipper Dean Elgar (11) and Keegan Petersen (14) who remained unbeaten at the crease at stumps.