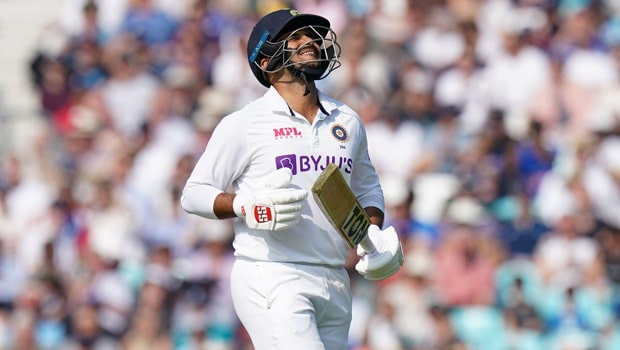 South Africa looked in supreme control when they reached a score of 88 for the loss of just one wicket on Day 2 in response to India’s first innings total of 202. Skipper Dean Elgar and youngster Keegan Petersen were batting beautifully but once their partnership was cut short, there was no other batter who had any answer to Shardul Thakur’s rampage.

Thakur had Elgar caught behind for an individual score of 28 and that was just the start of a spell that would go on to set an all-time record in South Africa. He bowled tight lines outside off and got to move the ball both ways, thus creating doubt in the minds of the South African batters.

Thakur got the wickets of Keegan Petersen and Rassie van der Dussen soon and the hosts suddenly found themselves in a tricky situation of 102/4. The Proteas made a brief comeback after that as Temba Bavuma and Kyle Verreyne added 60 runs for the fifth wicket.

The situation was slipping out of India’s hands once again and that’s when KL Rahul brought Thakur back into the attack. And the Palghar express delivered once again as he Verreyne (21) and Bavuma (51) in the space of just two overs. Bavuma’s wicket also helped Thakur to complete his fifer, which was also his maiden five-wicket haul in Test cricket.

But that wasn’t the end of the story. Thakur was given rest and India’s ace pacers Jasprit Bumrah and Mohammed Shami were brought back into the attack. They got the wickets of Kagiso Rabada (0) and Keshav Maharaj (21). By then, South Africa had already gained a 15-run lead with their score reading 217/8.

Marco Jansen was batting well and Indian couldn’t afford to let him get away for too long. It was Thakur’s time again. He came on to bowl the 79th over of the South African innings and got the wickets of Jansen (21) and Lungi Ngidi (0) in the same over. With those two wickets, he finished with figures of 7/61 — the best for an Indian bowler in Tests on South African soil.

It was also the best figures for a visiting bowler in South Africa since Matthew Hoggard’s 7/61 in 2005, at the same venue.

South Africa got a slender lead of 27 runs but that could prove to be a decisive one on such a tricky surface. That’s why India needed a good start but they lost two quick wickets of Mayank Agarwal (23) and KL Rahul (8). However, under-pressure senior batters Cheteshwar Pujara (35*) and Ajinkya Rahane (11*) batted well and saw India to a score of 85/2 at stumps.