Home » Cricket » IND vs SA, 2nd Test: South Africa on top at the end of Day 3, despite fighting knocks from Pujara, Rahane and Vihari

IND vs SA, 2nd Test: South Africa on top at the end of Day 3, despite fighting knocks from Pujara, Rahane and Vihari 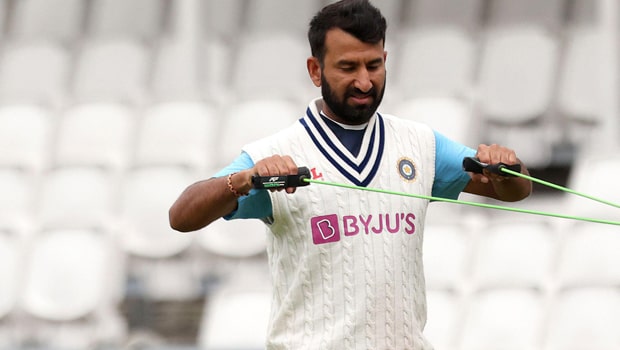 South Africa finished on top at stumps on Day 3 of the ongoing second Test match against India, at Johannesburg, as they finished on a score of 118/2, requiring just 122 runs to win with two days and eight wickets remaining.

After finishing Day 2 on a score of 85/2, Cheteshwar Pujara and Ajinkya Rahane resumed the innings off for India in a similar counterattacking manner on Day 3. It was delightful to watch both the batters bat in that way as they have been really short of runs of late.

It was controlled aggression all the way from the duo as they respected the good deliveries, while dispatching the bad ones to the boundary at the same time. Both batters brought up their much-awaited fifties soon but once the partnership got broken with Rahane’s dismissal, wickets started to fall at regular intervals.

Kagiso Rabada was the bowler who dismissed Rahane (58) and thus brought an end to an excellent 111-run stand between him and Pujara. After that, India lost the wickets of Pujara (53) and Rishabh Pant (0) in the space of just two overs.

It was then Hanuma Vihari who kept batting with the tail right till the end. Ravichandran Ashwin (16) and Shardul Thakur (28) played some entertaining cameos as Vihari held his end up. Once they got dismissed, Vihari also started accelerating and added 41 runs with the last three wickets.

Vihari finished with a fighting knock of 40*(84) to his name as India were bowled out for 266 runs, thus giving the Proteas a target of 240 runs to chase. Each of Rabada, Lungi Ngidi and Marco Jansen picked up three wickets, whereas Duanne Olivier chipped in with a wicket as well.

South Africa in response got off to a flying start. Aiden Markram put the Indian bowlers under pressure as he started attacking right away. He was looking set at the crease but a stunning over from Shardul Thakur brought an end to his knock of 31 off just 38 deliveries. South Africa’s score was 47 when they lost the wicket of Markram in the 10th over of their innings.

Keegan Petersen walked in to bat next and he carried forward the confidence he gained from his fifty in the first innings to build another 46-run stand with skipper Dean Elgar. But a good ball from Ravichandran Ashwin brought an end to his fluent knock of 28 as well.

It was Rassie van der Dussen who joined Elgar at the crease next. The Indian bowlers made it tough for both the batters with some exceptional bowling. Elgar got hit many times on his body as well but the duo played out their overs somehow and finished the day at a commanding position of 118/2. The hosts are in the driving seat right now and if they can go through the morning session on Day 4 without losing a wicket, they have a high chance of leveling the series.