Home » Cricket » IND vs WI, 1st T20I: Kohli, Lewis and other key players to watch out for

IND vs WI, 1st T20I: Kohli, Lewis and other key players to watch out for 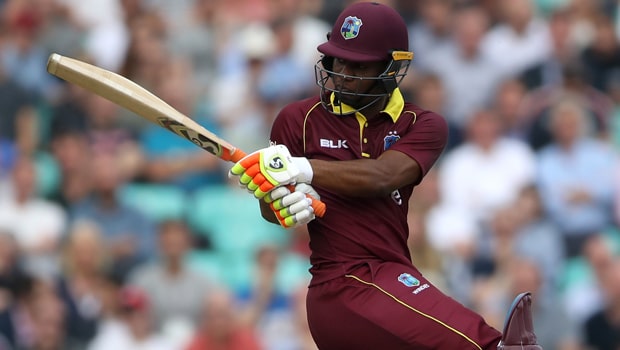 After a brief break following the T20I and Test series triumph against Bangladesh, India gear up to host West Indies in a three-match T20I series starting with the first match at the Rajiv Gandhi International Stadium in Hyderabad on Friday. This is India’s second T20I series against the Caribbean team in a span of three months. They played a series in the West Indies which India won comfortably by a 2-0 margin. Here, we will take a look at the players who would be crucial to their respective team’s chances of winning the first match of this series.

Virat Kohli: The Indian skipper had made himself unavailable for the T20I series against Bangladesh and thus, Rohit Sharma ended up gaining a significant lead over Kohli in the list for most runs in T20I history. Rohit is at the top of the list with 2539 runs at an average of 32.13 whereas Kohli is just 89 runs short at second with 2450 runs to his name at a much better average of 50.00. These numbers sum up how consistent Kohli is in the format and hence, he would be looking to fire once again.

Ravindra Jadeja: The spin-bowling all-rounder has made his way into the Indian T20I side after a long time. His selection has come at the expense of Baroda all-rounder Krunal Pandya who is very similar to Jadeja in terms of skills. Pandya had been underperforming consistently with both bat and ball for the past few matches and hence, the Indian management wants to have a look at how Jadeja goes in this format now. After all, he has been in sensational batting form in Test and ODI cricket over the last one year and they would be hoping that he is able to replicate his success in this format as well. And with the ball, he would be expected to deliver breakthroughs in the middle overs as he always does.

Evin Lewis: The left-handed Caribbean opener is a dangerous T20I batsman. He played a match-winning innings of 60-odd runs in the T20I series against Afghanistan that concluded recently. Lewis averages over 30 in T20Is for West Indies and even has two hundreds to his name along with five fifties. That sums up how big he scores whenever he gets going. West Indies would want him to deliver once again in order to stand a chance of defeating India in this match.

Kesrick Williams: The medium-pacer is back in West Indies’ squad after a long time on the back of a fabulous outing in West Indies T20 League this year. Williams has a very good bowling record for West Indies in this format. He strikes at an interval of every 11.8 delivery in T20Is and has a total tally of 38 wickets to his name in just 21 T20Is. His overall economy rate of 7.94 could be considered fairly decent too as he bowls mostly in the powerplays and the death overs.