Home » Cricket » IND vs WI, 3rd ODI: Key players to watch out for in the series decider

IND vs WI, 3rd ODI: Key players to watch out for in the series decider 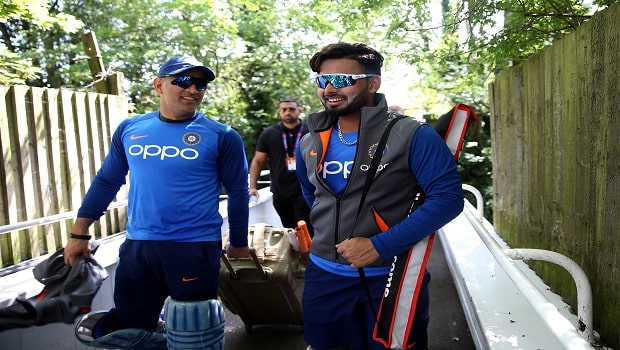 The ongoing ODI series between India and West Indies looks well set up for a thrilling finale as the two teams lock horns with each other in the decider match of the series at the Barabati Stadium in Cuttack on Sunday.

There have been some good performers in the previous two matches from both the teams and the fate of the final match will also depend on how these players perform. So let’s have a look at some of the key players to watch out for in this match:

KL Rahul: The Karnataka batsman is making the right use of Shikhar Dhawan’s absence from India’s limited-overs squad at the moment. He scored two fifties in the T20I series and has followed it up with a superb century in the second ODI at Visakhapatnam as well. Rahul has been in stellar form and his performance in the series decider will once again play an important role for India.

Rishabh Pant: It seems like the Indian Wicket-Keeper batsman has finally learnt the art of coping up with the pressure of expectations. Pant brought up his maiden ODI fifty with a superb knock of 71 runs in the first ODI and then followed it up with a 39-run blitz in the second match as well. He has given India the much needed acceleration in the middle overs and they would want the same from him in this match.

Nicholas Pooran: It looked like West Indies had a realistic chance of chasing down the mammoth total in the second ODI until Pooran was batting. He smashed 75 runs off just 47 deliveries and struck six fours and an equal number of sixes during the course of it. Pooran averages just a shade under 50 after 18 ODIs and that goes on to tell how consistent he is in this format.

Shai Hope: He followed up his match-winning century in the first ODI with yet another compact knock of 78 runs in the second match. Hope has already talked about his desire of piping both Virat Kohli and Rohit Sharma in terms of scoring in this series and he looks determined to do that. He looks extremely confident at the moment and his performance will be crucial to West Indies’ chances of winning in this match as well.