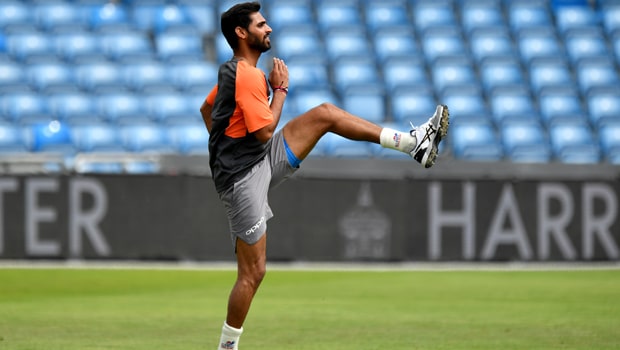 The MSK Prasad-led selection committee on Thursday announced India’s ODI and T20I squads for the home series against West Indies starting next month. Bhuvneshwar Kumar and Kuldeep Yadav’s return to both the squads and Shivam Dube’s maiden ODI call-up are the main highlights of the announcement.

It was a side strain and a hamstring injury that had forced Bhuvneshwar Kumar to return to India midway from the tour of West Indies in August. Skipper Virat Kohli is also back at the helm after being rested for the T20I series against Bangladesh. His deputy Rohit Sharma hasn’t opted for a break this time as well.

India are supposed to play three T20Is starting with the first match at Mumbai (December 6), second match at Thiruvananthapuram (December 8) and the last match at Hyderabad (December 11). It would be followed by a three-match ODI series as well with the games to be played at Chennai (December 15), Visakhapatnam (December 18) and Cuttack (December 22).

Kohli’s comeback also means that Kerala wicketkeeper-batsman Sanju Samson had to go out after warming the benches during the T20I series against Bangladesh. However, out of form opener Shikhar Dhawan has been given another chance to prove his mettle.

Mohammed Shami has also returned to the T20I side following his exploits in the other two formats. Kedar Jadhav also remains a part of the ODI squad even though the selectors had confirmed earlier that he isn’t there in India’s next World Cup plans.

Deepak Chahar, who recently claimed a hat-trick in the T20I series against Bangladesh, has been included in the ODI squad. He last played an ODI during the Asia Cup last year in the UAE.

Krunal Pandya, who had played every T20I since late last year, has been dropped as well. Left-arm spin-bowling all-rounder Ravindra Jadeja has been given a chance in his place.