Home » Cricket » India are a fierce team – Matthew Wade to stay away from sledging Virat Kohli and Co.

India are a fierce team – Matthew Wade to stay away from sledging Virat Kohli and Co. 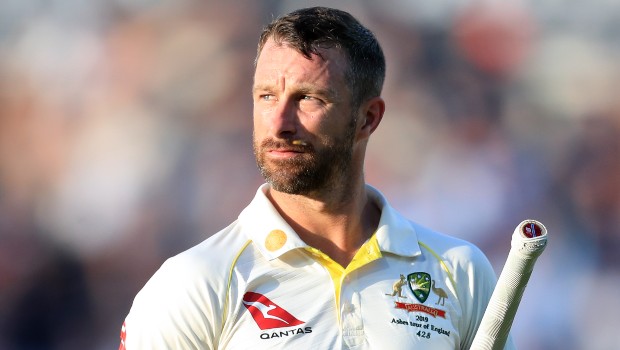 Australia’s wicket-keeper batsman Matthew Wade has admitted that he is going to stay away from sledging the Indian team on the upcoming tour later in the year. The Virat Kohli-led team is all set to tour Down Under for the much-awaited four-match Test series. Wade believes it won’t make sense to sledge the Indian team as they thrive on it.

Kohli is known to take the bull by its horns and he likes to get under the skin of the opposition. The current Indian team under Virat Kohli doesn’t shy away from verbal battles as compared to the previous Indian teams. It is known that Kohli performs even better when he is pumped up and thus it is not a guile decision to upset him.

In fact, Matthew Wade is no stranger as he has been on the receiving end on a couple of occasions. Wade was involved in a verbal battle against Ravindra Jadeja in Dharamshala Test in 2017 and he had also clashed against Virat Kohli in Kolkata ODI later in the year.

However, as the Indian team is now known to get in the face of the opposition, Wade has decided to step back.

“They’re a hard team, they use it (sledging) to their advantage very well. Virat is very clever the way he uses his words or his body language. So they use it as an advantage now. To be honest, I don’t really want to engage too much into that,” Wade told reporters via video conference.

“I know that they thrive off that energy that comes between two players. They’re probably as good at doing that as anyone in the world at the moment, so it’s something I might stay away from this time.”

It is always a fierce battle when India and Australia lock horns with each other. Both the teams are not known to give an inch to the opposition and it is always a good contest between them.

India had dominated the Australian team on the 2018-19 tour as they had come out aggressively. However, as Australia was in the rebuilding state after the bans of David Warner and Steven Smith, the hosts were a bit submissive in their approach. In fact, former Australian captain Michael Clarke recently blamed the team to suck up to Virat Kohli and Co. to save their IPL contracts.

The Australian was trying to rebuild their lost image and thus their hands were handcuffed behind their backs. However, Warner and Smith are now back and it is going to be a tough contest for the Indians.

The first Test match will take place at the Gabba, Brisbane from December 3.