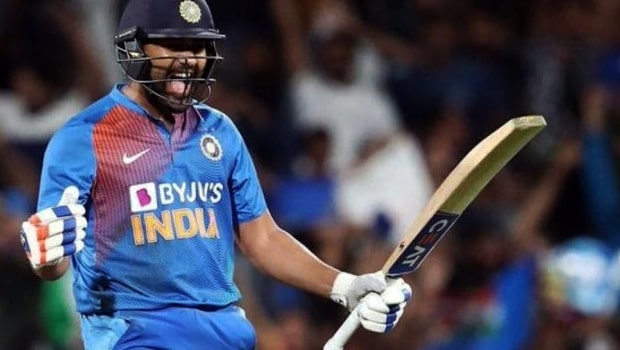 India has continued its winning run with another victory over the Kiwis clinching their first over T20 series win in New Zealand via a Super Over.

The keenly contested clash saw India batting first after the hosts won the toss, ending their inning with 179 for five.

India almost lost the game, but thanks to Rohit Sharma, who hit consecutive sixes in the final two balls of the thrilling Super Over.

To win the game, India needed 18 from their Super over, which is just six balls having managed just ten from the first four balls. Rohit came to their rescue within two big hits, one over mid-wicket and the other over long-off, to help India pull off a nerve-wracking win.

The hosts had the game under their grasp before the Super Over, needing two runs from four balls with six wickets in hand to overhaul India’s 179 for five.

They failed to keep the lead after Mohammad Shami bowled brilliantly to tie the game, which stretched it to a Super Over.

It could be recalled that in the 2019 World Cup final, New Zealand lost agonizingly to England on boundary count.

The skipper, Kane Williamson, did all he could after getting 95 runs from 48 balls and an additional 11 in the Super Over (11). But his highest T20 score of 179-6 (20 overs) as the Black Caps was not enough to get his team the needed win.

Rohit hit 65 off 40 balls after India were put in to bat, but their fielding was poor. This was obvious from an easy drop from Ravindra Jadeja with Jasprit Bumrah (0-45) being the highlight of the night.

In the penultimate over, Bumrah went for 11 runs while Shami (2-32) conceded a six off the first ball of the 20th. It could be said that he made up for it when he removed both Williamson and Ross Taylor (17 off ten balls) in the next five balls to snatch a tie.

Although his off-night continued during the Super Over as Williamson and Martin Guptill partnership produced another 17 runs with two fours and a six.

Sharma and KL Rahul responded by doing the needful for India with aplomb.

With a target of 180, New Zealand started on a good note with Guptill getting 31 runs from 21 balls while and Colin Munro had 47 for the opening stand from 14 balls.

Guptill was removed after smacking two fours and three sixes as he was caught in the deep off Shardul Thakur (2-21) in the sixth over.

Mitchell Santner (9), who was promoted up the order, did little, but Williamson steadied the ship as the skipper reached fifty off 28 balls.

As Santner was removed cheaply, Colin de Grandhomme (5) stuck around to add 49 runs with Williamson, helping New Zealand to cross 150 in the 17th over on course for a surprising win.

Rohit, who missed out in the twin Auckland T20Is, was the saviour with six fours and three sixes as he put on 89 runs for the first wicket with KL Rahul (27 off 19 balls).