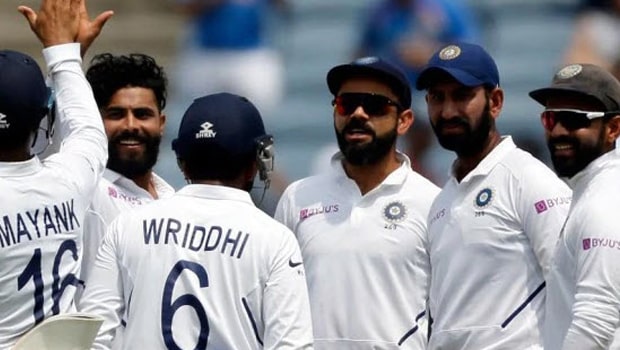 There was a time when Australia looked like an invincible team in their den. They created the record for the most number of consecutive Test series victories (10) at home not only once but twice with each of the streaks coming to an end in the years 2000 and 2008 respectively.

But India have now rewritten that record. They now hold the record for the most number of consecutive home series wins in Tests after their victory in the second Test of the three-match series against South Africa by an innings and 137 runs. India won their 11th successive Test series at home with that match as they attained an unassailable 2-0 lead in the series and thus bettered Australia’s previous record of 10 back-to-back series victories at home.

During this 11-series win streak, India played a total of 31 Tests of which they won 25, drew five and lost just one match. Their only loss during this stretch, however, came against Australia in Pune in 2017. It was Steve Smith’s batting exploits and Steven O’Keefe’s magical bowling that helped Australia to do the unthinkable. India lost that match by a big margin but such has been their dominance ever since that this loss looks like just a mere anomaly in their flawless record otherwise.

Moreover, the last time India lost a series at home, was against England in 2012-13. India defeated Alastair Cook’s men quite comfortably in the first Test at Ahmedabad but the English skipper’s brilliance with the bat and the bowling exploits of their two spinners–Graeme Swann and Monty Panesar–powered England to terrific wins in the next two matches. India somehow drew the last Test of that series at Nagpur and, thus, lost the series by a 2-1 margin.

The final Test of the ongoing three-match series against South Africa will start on October 19 in Ranchi and India would be eager to complete the whitewash by winning this match as well.