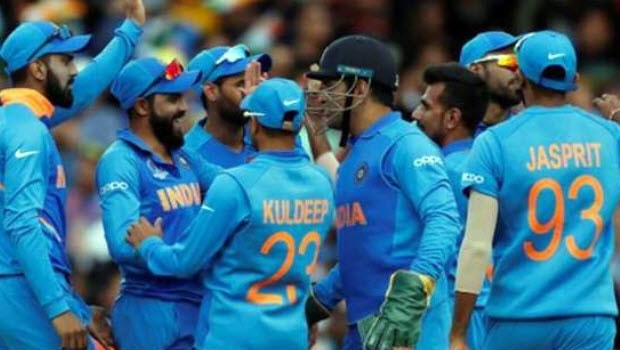 India’s most economical T20I bowlers in the last 5 years

In cricket, curbing the flow of runs, especially in the T20 format, is an art in itself. Changes like batting-friendly pitches, shorter boundaries, restrictive fielding rules, and fast outfields devised to make the shortest format more entertaining for fans tend to shift the scale in favour of batsmen rather than bowlers.

On the field, while wicket takers still continue to be in high demand even in the 20-over game, bowlers who can contain the flow of runs on small grounds have emerged as invaluable assets for successful teams. Some who can do both are priceless.

The Indian cricket team, too, has been graced with a handful of bowlers capable of chipping in with miserly spells and these players have played an integral role in India’s many T20I successes over the past five years. Here, we list the most economical ones, who have played a minimum of 20 matches.

Jasprit Bumrah has risen through the ranks to become India’s best fast bowler in recent years. The pacer usually bowls with the new ball and in the death-overs – periods when powerplays are mostly in effect and batsmen tend to cut loose.

But, surprisingly, Bumrah has proven to be one of the best in the world when it comes to stifling the opposition batters. Equipped with several variations and his ability to out-think batsmen, Bumrah tends to be a nightmare for batsmen looking to pick up the run rate. Capable of hitting 140 kmph+ consistently, Bumrah also boasts lethal dipping yorkers, unconventional slower bouncers, ability to swing the ball both ways in his armoury. The Ahmedabad bowler, with his unorthodox bowling action, is often trusted with the ball whenever India need to stop the scoring-rate or need a breakthrough.

The lone pacer in the list has picked 59 wickets in 50 T20I matches and has an excellent economy rate of just 6.66.

After being dropped in 2017 to accommodate wrist-spinners, Jadeja was able to make a comeback to the Indian team as an all-rounder in 2019.

Despite not picking as many wickets as his contemporaries, the orthodox spinner, with his varying line and length, specializes in stemming the flow of boundaries in the middle-overs. In the 2nd T20I against New Zealand, earlier this year, the spinner effectively reduced the opposition’s scoring potency by not conceding a single boundary in his full quota of four overs. He ended up as the best bowler of the match with two wickets at an envious economy of just 4.5.

In a format dominated by wrist-spinners, the left-armer, with a career economy of less than 7, has clearly carved his place in the Indian T20 team.

The left-arm wrist spinner has been an on-off presence in the Indian T20 setup but has delivered whenever called upon.

The chinaman boasts an arsenal full of variations and his expertise in bowling both wrong’uns and flippers tend to keep batsmen on their toes. Yadav’s memorable 5-wicket haul against England in Manchester is his best performance in the shortest format.


The Uttar Pradesh cricketer also has a knack for engineering crucial breakthroughs when his team needs them the most. He has scalped 39 wickets in just 21 matches at an impressive economy rate of 7.11. He has picked three wickets or more in a match on five occasions.