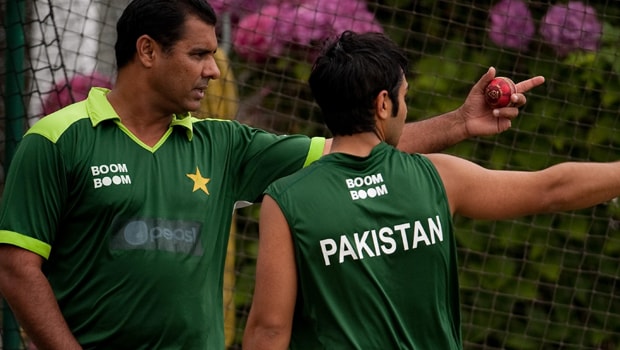 There is always a lot of pressure when the arch nemesis take on each other at the World Cup stage. The former Pakistan fast bowler believes the Indian team have entered these big matches with the right frame of mind and they have been more positive than their counterparts.

India has handled the pressure situations better than Pakistan and thus they have a brilliant record against their arch-rivals. The Men in Blue have sealed the big occasions of the matches with more confidence and hence they have ended on the right side of the result.

In fact, Waqar Younis was also part of the four World Cup matches against India. Younis added that India had a better team and they were able to outplay Pakistan.

While interacting on Twitter platform @GloFansOfficial, Waqar Younis said, “Over the last few World Cups, Pakistan have not won against India. We did well in other formats, we did well in Test matches, but when it comes to World Cups and ODI Cricket, India has always had an upper hand on us. And they deserve it. I think they played better cricket than us”

“I remember in Bangalore and back in I think that was in Pretoria in 2003. I remember most of them and I think I have played a couple of them. So they were a very good side and I think on that particular day they just came out with a very positive frame of mind, they played better cricket and played smartly,” the 48-year-old said.

India’s dominance against Pakistan in the World Cup started from the 1992 World Cup when they defeated Imran Khan’s side in the league stage. Both the teams once again locked horns in the 1996 World Cup quarterfinal and India once again came out as winners.

On the other hand, Pakistan stunned India in the 2017 Champions Trophy final when Sarfaraz Ahmed’s team won by 180 runs.

India has come up with collective efforts in the World Cup matches whereas Pakistan have not been able to handle the pressure.