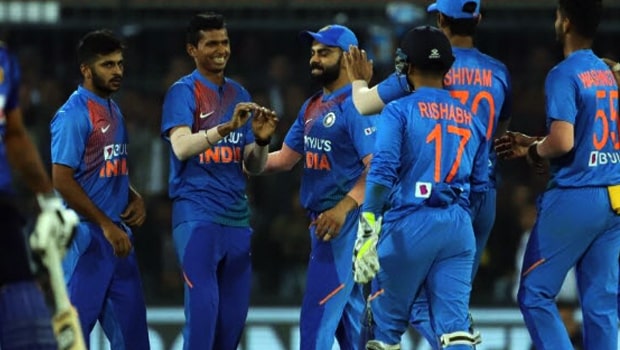 Ahead of the third and final T20I against Sri Lanka billed for today in Pune, India thinking of either going on with a winning combination or give Sanju Samson and Manish Pandey some game time.

The team is currently in a dilemma over selection against an inexperienced Sri Lanka that was no match for them in Indore.

With the kind of opponent they are facing, Pandey could get the not after playing just once in the last three series, including the current one, and Samson, who is yet to get a game since he made a comeback with the Bangladesh series in November.

Although the duo is yet to be tested, India has been experimenting ahead of the T20 World Cup billed for October.

Meanwhile, Shardul Thakur and Navdeep Saini could also get into the tick of action due to the absence of senior pacers to impress the team selectors. The duo who impressed in the previous outing where they shared five wickets among themselves.

In the absence of injured players, Washington Sundar and Shivam Dube had been given the opportunity after taking injured Hardik Pandya’s place. The duo has, therefore, got significant opportunities to show what they can bring to the table.