India has identified a template that Rahul Dravid and Rohit Sharma can embrace: VVS Laxman 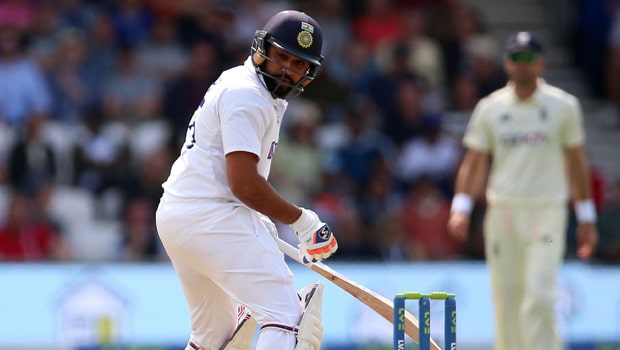 India lost their opening two matches of the T20I World Cup against Pakistan and New Zealand, which led to their downfall in the tournament. However, the Virat Kohli-led team bounced back stronger in the next three matches and played aggressively against Scotland, Afghanistan, and Namibia.

India had nothing to lose and they were able to come up with a better batting as well as bowling performance in these three matches. Former Indian batter VVS Laxman believes India has identified a template that new head coach Rahul Dravid and captain Rohit Sharma can embrace for the team in the next T20 World Cup.

It has been noticed that India had adopted a sedate approach in the shortest format of the game and they will need to come up with better planning for the next T20I showpiece.

In his column for TOI, VVS Laxman wrote: “With the next T20 World Cup less than a year away, I’m sure India will have identified a template that new coach Rahul Dravid and Rohit Sharma, all set to become the next captain, will encourage the team to embrace whole-heartedly. It’s important for India to understand that they can’t afford to keep playing 20-over cricket in the same mould as they would the 50-over game.”

On the other hand, Hardik Pandya hasn’t been bowling consistently due to his fitness issues. Laxman reckons India needs to invest in a player who can bowl medium pace while also contributing with the bat. Venkatesh Iyer, who performed this role magnificently for Kolkata Knight Riders in IPL 2021, has been added to the Indian squad for the T20I series against New Zealand.

“I do feel two crucial gaps must be addressed post-haste. The first priority will be to invest in a batsman who can bowl just a few overs of medium pace, whether that be Venkatesh Iyer or Shivam Dube. This choice doesn’t necessarily have to be a back-up to Hardik Pandya but a standalone choice because it will give the captain more flexibility in picking his 11.”

Furthermore, according to Laxman, one more missing chink in India’s armor is two fast bowlers who can support Jasprit Bumrah in Australian conditions, where the World Cup will take place.

“The other would be zeroing in on two solid pacemen capable of supporting Jasprit Bumrah and capitalizing on the pace and bounce Australia is certain to offer. If one of them is a left-arm who brings a different angle of operation, then all the better. The process of identification and grooming must begin immediately so that by the time of the World Cup, these players are comfortable and secure in their roles and are aware fully of the responsibilities they’re entrusted with.”

India will now look to tick the right boxes and come up with a better performance in the three-match T20I series against New Zealand.