Home » Cricket » India have a very good chance of beating England in England, break after WTC final will be an advantage – Rahul Dravid

India have a very good chance of beating England in England, break after WTC final will be an advantage – Rahul Dravid 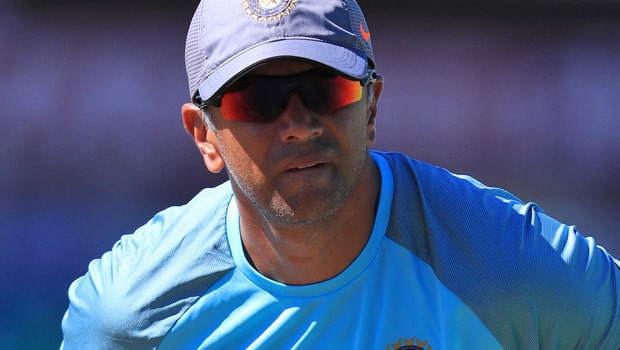 Former Indian skipper Rahul Dravid believes the Virat Kohli-led team has a good chance to beat England in England in the upcoming five-match Test series. Dravid stated that there is enough experience in the team and they have the skills to topple England.

India will play the ICC World Test Championship final against New Zealand from June 18 at Southampton. Subsequently, they will play the first Test against England from August 4 and thus they have more than one month to prepare for the five-match series.

India has a potent pace bowling battery and they are going to hold the key for Virat Kohli’s team. Furthermore, India had defeated Australia in Australia 2020-21 tour by 2-1 despite injury woes and it has surely added a shot in the team’s arm. Dravid, who was the last Indian captain to savour success in England when he led the team to a series win of 1-0 in 2007, believes India can win by 3-2 in England.

“… I just think India will be well-prepared, have the confidence from Australia, there’s a lot of belief in the squad. A couple of players have been to England a few times, there’s a lot of experience in the batting order this time around, so this is probably our best chance, maybe say 3-2 to India,” Dravid said in a webinar organised by Live Aid India, a trust to help those affected by Covid-19, as quoted by ESPNCricinfo.

“I think India will play really well in England this time,” Dravid said. “It’s a great opportunity we’ve got. After the WTC final, they’re going to be in England for a whole month before the Test series starts. I don’t think any team has had that kind of time to prepare for a Test series as India will have this time, so that surely should be a great advantage” he said.

On the other hand, Dravid added that England also have a potent bowling battery but their batting unit is not the best apart from Joe Root and Ben Stokes and Indian bowlers can exploit the same.

“There’s no question about their bowling. Whatever bowling attack England put on the park, especially their seam-bowling attack, is going to be fantastic. They have a lot of players to pick and choose from and that’s going to be terrific,” Dravid added.

“But if you look at their top six or top seven, you really think of one great batsman, a world-class batsman who is Joe Root. Obviously, Ben Stokes is another one, who is a good all-rounder, but for some reason [R] Ashwin seems to do well against him.