Home » Cricket » IND vs NZ: Time for India’s Test specialists to step up once again

IND vs NZ: Time for India’s Test specialists to step up once again 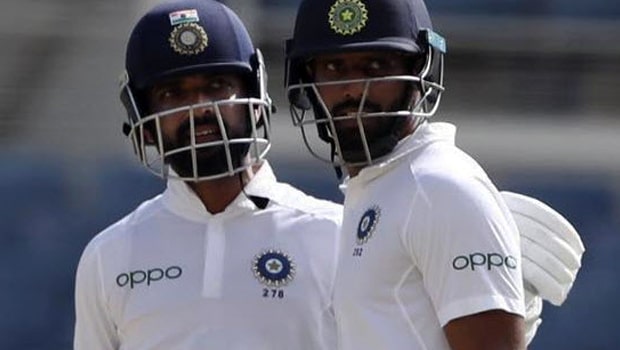 This has been quite an interesting tour for India. While they whitewashed New Zealand in the T20I series having won all the five matches, they were completely outplayed in the ODIs as the hosts whitewashed them this time by winning all the three matches.

So, it’s up to the forthcoming two-match Test series now to decide which team is going to have the last laugh on this tour. It will begin on February 21 with the first Test at Wellington and we will see India’s specialist Test batsman — Cheteshwar Pujara, Ajinkya Rahane and Hanuma Vihari, among others — returning to the fore once again.

All three of these batsmen have had excellent outings during India’s most recent overseas tours. While Pujara was the highest run-getter and also the chosen Player-of-the-Series during India’s historic Test series win down under in 2018/19, Vihari and Rahane had made their presence felt as well by ending up as the top two run-getters during India’s Test series against West Indies in the Caribbean, just after the World Cup.

Vihari and Pujara are likely to play just 5 International matches in 2020 with no IPL as well. Very few matches for the quality they possess. 5 matches a year for any cricketer is way too less. They will be hungry to perform every single time they bat. Hope both do well.#NZvsIND

So, all three of them have played crucial parts in India’s recent overseas triumphs and it is time for them once again to step up in this series. These batsmen might be returning to international cricket after a long break of three months or so but they have shown that they have been in good form in domestic cricket.

Vihari and Rahane in particular have been preparing themselves quite well for this series. They have been in New Zealand playing for India A for the last month or so and have already got themselves acclimatized to the conditions. His scores in New Zealand in the last four innings read 51, 100*, 59 and 101. So that goes on to show the kind of form he is in.

Rahane has also scored a century, an innings of 101* in these conditions, and has thus given us an indication about the way he is going to approach this series as well.

Cheteshwar Pujara hasn’t been far behind the duo as well. He has already registered scores of 53 and 93 during his two outings on this tour for India A and in India’s practice match against New Zealand XI respectively.

Hence, all three of these batsmen have prepared themselves to the best of their abilities for the upcoming series and their performance is going to very crucial if India want to stand a chance of registering a Test series win in New Zealand.