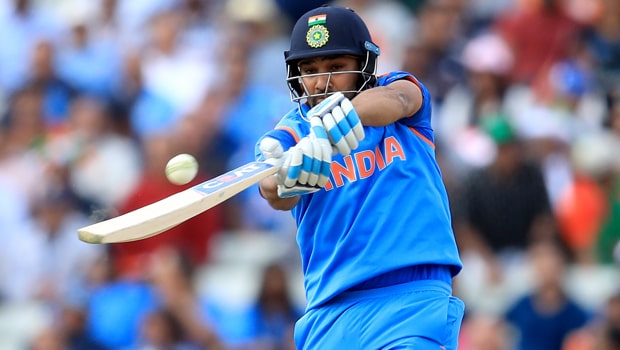 Rohit Sharma had a memorable 100th T20I for India with a scintillating half-century in the game. The captain of the side hit six fours and as many sixes in his innings with just 43 balls to thump Bangladesh.

With his opening partner Shikhar Dhawan not at his best, Rohit kickstarted the chase with two fours and a six against Mustafizur Rahman in the 4th over of the innings. From then, he gained momentum to raise to his fifty off with just 23 balls.

The host, however, lost a wicket when Dhawan was bowled by Aminul Islam to give Bangladesh a much-needed breather.

Rohit continued from where he left. He had at a point set for a century. In an attempt to achieve it quickly, the captain ended up skying a short one from Aminul Islam into the hands of deep mid-wicket. This made him fall 15 short of a well-deserved 100.

The winning formalities were completed by his replacement Shreyas Iyer and KL Rahul, with 4.3 overs to spare. It was indeed a hitman show in Rajkot.

Speaking on the victory, Rohit, who was asked about the performance of Sundar and Chahal, said they are very smart.

The captain also commended Sundar for adjusting to be bowling outside the Powerplay.
Speaking on the surface, Rohit said Rajkot has always been a good track to bat on.
Speaking on the win, he said it was down to a good start and the power play that was maintained throughout the game. He added that he always tries to do his best with the bat in hand and never take any opposition for granted.

He further stated that whenever he is not swinging the ball, he focuses on staying still. He also believed that 2019 has been a wonderful year and intends to finish it on a high note.

Recall that Bangladesh won the previous encounter to record their first win over their host in Delhi.

With the series leveled. It would be interesting to see how the meeting of both teams turn out in Nagpur on Sunday.