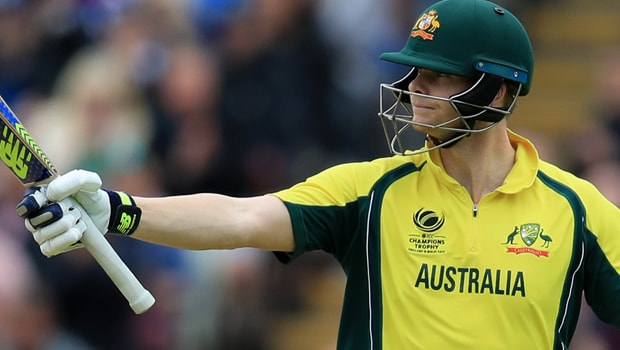 Australia’s talisman batsman Steven Smith is eagerly waiting for the series against India. Smith reckons that the four-match series will be special and he can’t wait to play it. The right-hander had missed the previous Test series against India due to his ball-tampering ban and the visitors had gone to win that series by 2-1.

Thus, Smith was dearly missed by his team and he would like to be at his best in the forthcoming series. The right-hander has a great record while he is playing against India and he has a Test average of 84 against the Indian team. Smith has scored 1429 runs in 10 Test matches versus the Indian team.

Smith added that India is an amazing team and he can’t wait to take them on in December. India will play four Test matches on the Australian tour with the first match to take place at Brisbane from December 3.

“They are an amazing side and can’t wait to play them when they come out to Australia this year, it will be something incredibly special,” Smith was quoted as saying in the Star Sports show Cricket Connected.

On the other hand, Smith also recalled the World Cup incident when Indian captain Virat Kohli requested the Indian crowd to not boo Smith. Smith added that he really appreciated Kohli’s gesture when the Indian crowd was giving a stick to him and David Warner.

Smith added, “Virat’s gesture in the World Cup to the Indian fans that were giving me (Smith) and David Warner little bit of a stick, I appreciated that and I share that with him straight up, he said.He is a terrific guy and the way he has led the Indian team has been amazing”.

India is also expected to play a three-match T20I series against Australia, with the first match to take place at Brisbane from October 11. However, that series can be scraped off if the T20 World Cup doesn’t take place in Australia from October 18.

India will play four-match Test series and three-match ODI series in Australia and if the T20 World Cup is postponed, then the T20I series is expected to be clubbed with the other two series.