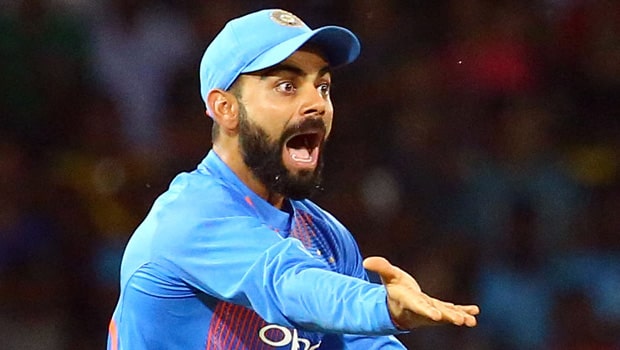 The second group in the Super 12 stage has become poised as the Group of Death for both India and New Zealand. The World Test Championship finalists were on the receiving end of defeats at the hand of Pakistan in their opening encounter. While India suffered a humiliating 10-wicket defeat, New Zealand’s loss was more modest – losing by five wickets.

Pakistan has taken charge of the group after two spectacular displays. Afghanistan, who defeated Scotland by 130 runs and have a Net Run Rate of +6.5 are also in an incredible position at the moment. This translates to the clash between India and New Zealand as a potential knockout fixture where the team that wins goes through to the next round.

Virat Kohli: There were shades of vintage Virat Kohli in the opening game against Pakistan. The Indian skipper was perhaps the only player who deserved to leave the field with his head held high despite the humiliating loss. Kohli steadied the ship in the wake of the carnage that Shaheen Afridi had left behind. Not only did he take time to build his innings and form partnerships, he also played some excellent counter-attacking shots. India will desperately need Virat Kohli to be in the zone on Sunday.

Jasprit Bumrah: Despite being excellent in the international circuit, Jasprit Bumrah has a reputation of shying away on the biggest stages. That was the case during the WTC Final as well against New Zealand. India went wicketless against Pakistan which could prove to be a major concern for the rest of the tournament. Bumrah, who is the leader of the Indian bowling unit, will have to take charge of his side and get early breakthroughs for the team. His battle against Kiwi captain Kane Williamson will be particularly important.

Trent Boult: Trent Boult shares the dressing room with Rohit Sharma at Mumbai Indians and on Sunday, he will be aiming to exploit the weakness of his IPL captain: tall, left-arm pacer keeping it full and bringing the ball late. This is the trick that Shaheen Afridi stuck to in his outrageous first over against India. Boult, who has already got the job done once before in the semi-final of the 2019 World Cup will try to make sure that lightning strikes twice and that the top-heavy Indian batting order falters again.

Prediction: This one might be a hard one to call. The last time India defeated New Zealand in an ICC tournament was way back in 2003. The most recent painful defeats in the 2019 World Cup semi-final as well as the World Test Championship Final is fresh in the mind of almost every cricket lover in the country.

While history is stacked against the Indian team, they’ve shown enough resolve over the year to prove that it is when they are forced into a corner that they manage to shine the brightest. The team is built in the resilient image of Virat Kohli and Ravi Shastri and following the first World Cup defeat to Pakistan, the Men in Blue will not only be fighting to stay alive but will also be out for revenge against New Zealand.