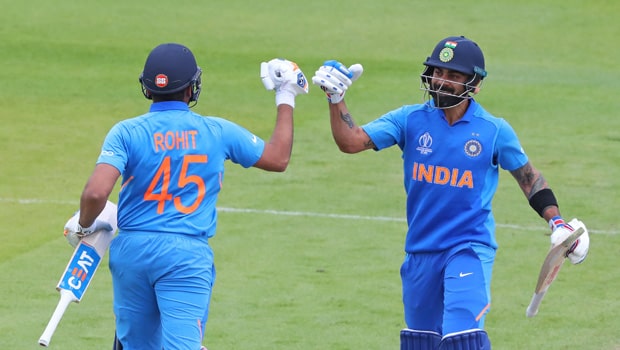 Former India batsman Sunil Gavaskar believes that KL Rahul’s dip in form has been a blessing in disguise for India as it showed what Rohit Sharma and Virat Kohli, two of India’s most experienced batsmen, can do when they bat together at the top of the order.

Rahul’s scores of 1, 0, 0, and 14 in the first four T20Is of the recently concluded series against England forced India to make a change at the top of the order. Kohli moved up to open with Rohit in the series decider and it paid off immediately as both batsmen went on to score half-centuries.

While Rohit smashed a quickfire 64 off just 34 deliveries, Kohli went on to bat through the innings and remained unbeaten on 80 in 52 deliveries. It was also the first time Kohli opened in T20Is since 2018.

With the T20 World Cup scheduled to be played in India during the October-November window, Gavaskar said that India should continue to play Rohit and Kohli together at the top of the order.

“Your best batsman should bat the most number of overs in limited-overs cricket. So it was very important for Virat Kohli to bat at the top of the order,” Gavaskar told India Today. ”

“I would persist with this opening formula. Look at the way they fed off each other,” he said.

“You could see the interaction between the two of them, whenever each of them got the big shot going. When that happens, when two leaders of the team show the way, it becomes easier for the guys coming down the order. With Suryakumar Yadav in India colours and playing those cameos, it’s really good.”