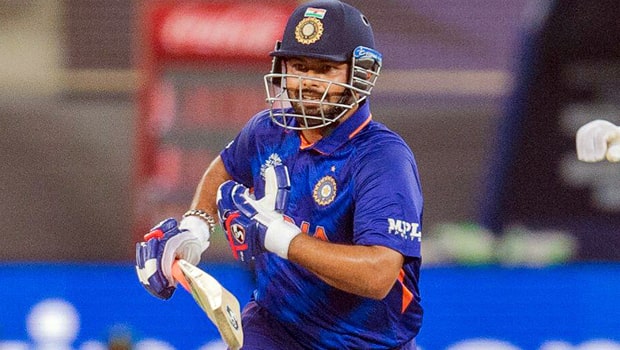 Following a whirlwind start to 2021 where Rishabh Pant played unforgettable knocks against Australia and England, the maverick batter has slowed down in his last few Test innings. Pant has managed just a single half-century in his last 13 Test innings.

He attracted plenty of criticism and flak from former cricketers like Sunil Gavaskar and Gautam Gambhir for his poor shot selection and temperament in the second innings of the previous Test against South Africa. With India struggling at 167 for 4, patience and solidity was the need of the hour. However, Pant danced down the track and threw away his wicket for a duck while facing Kagiso Rabada and India went on to lose the Test by seven wickets.

Former Indian wicket-keeper Deep Dasgupta however, has asked the team to continue to show faith in Rishabh Pant’s batting and match-winning ability. He’s of the opinion that Pant should continue to be the first choice wicket-keeper over Wriddhiman Saha.

“While Wriddhi is a great wicketkeeper, I can’t imagine dropping Rishabh from Tests. Do you remember his exploits in Australia last year? Yes, he did play a bad shot to get out at the Wanderers, but the team management should show faith in him. We must understand that Rishabh likes to play his cricket a certain way and it has fetched him enough success so far. What you don’t want at this stage is him losing his confidence,” Dasgupta told Sportskeeda.

Several former cricketers and journalists have often suggested that Pant needs to show more maturity in his game. Dasgupta, meanwhile, believes in the youngster’s philosophy. Captaincy stint with Delhi Capitals is also likely to make him more mature as a player and his wicket-keeping skills have also improved over the past few months.

“You would want Rishabh to bat the way he does because he has the ability to win you a match single-handedly. And that’s a rare ability to possess. He’ll get better as he matures with time. His leadership role at Delhi Capitals will also help him in the process. Sitting on a couch at home, it’s easy to remark that one should curb his natural instincts. When the shots come off perfectly, they look good. His wicketkeeping skills have also improved considerably over the past two years. As I said before, we should ensure that he doesn’t lose his confidence. He’ll figure things out, don’t worry,” he concluded.