IND vs SA- 1st ODI: Spirited Proteas have the edge against struggling India 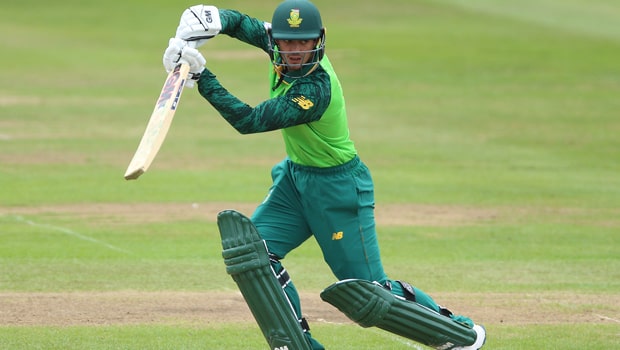 Preview: India will look to bounce back from their disappointing tour of New Zealand when they take on a rejuvenated South African side at home on Thursday in the first ODI of their three-match series at Dharamsala. South Africa had toured India towards the latter part of 2019 for a three-match T20I series and an equal number of Tests. Although the T20Is resulted in a draw, the Proteas had suffered a humiliating defeat in the Test series. However, things are going to be different this time as they are coming into this series on the back of a confidence-boosting 2-1 ODI series victory over a strong Australian side. They have got a lot of talented young players like Janneman Malan, Heinrich Klaasen and Kyle Verreynne who stood up and scored runs during the series, and South Africa would be expecting an equally inspiring performance from them in this series as well.

India, on the other hand, were whitewashed in both the ODI and Test series during their tour of New Zealand and hence, their morale is quite low. However, India have always recovered from such precarious situations previously and would be confident of turning their fortunes around this time as well. Hardik Pandya’s return is a big boost for India though whereas Bhuvneshwar Kumar’s return strengthens the bowling unit in a massive way as well. Shubman Gill has got a call up after a long time too and he would be eager to prove his credentials when he gets some game time. All in all, we have got a great series in our hands and both sides would be eager to dish out their best performances.

Quinton de Kock: The South African skipper has a great batting record in ODIs against India. He has 784 ODI runs to his name against India at an outstanding average of 60.30. And these runs include five centuries as well.

Virat Kohli: The Indian skipper had a clean patch in the tour of New Zealand but he would be eager to return to form in this series. Afterall, Kohli has a sensational ODI record against the Proteas. He has 1287 ODI runs to his name against South Africa at an excellent average of 64.35.