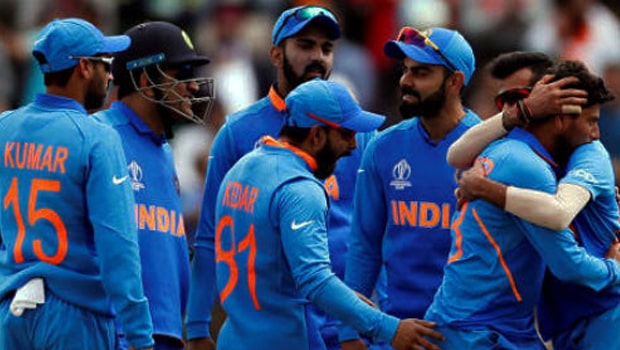 Preview: South Africa’s tour of India for the three-match ODI series didn’t get off to the best of starts as the first ODI at Dharamsala got washed out by rain but they would be eager to carry their good form gained from the recently concluded ODI series against Australia into the second ODI against India at Lucknow on Sunday. The Proteas had whitewashed a strong Australian side at home and the main reason behind such a fine performance was the contribution of new players like Heinrich Klaasen, Janneman Malan, Kyle Verreynne and Anrich Nortje, among others. Good performances from these players didn’t let South Africa feel the absence of experienced players and they would be expecting the same from them going into this match.

India, on the other hand, are coming into this match on the back of an ODI and Test series whitewash in New Zealand. The Kiwis completely mauled the Indian side and thus questioned their place at the top half of the ICC rankings in both the formats. The form of skipper Virat Kohli came out as a concern for them as he struggled to get bog scores. The bowlers struggled to pick up wickets as well and Jasprit Bumrah looked to be a little bit rusty on his comeback. But things will be different this time around with the return of the likes of Hardik Pandya and Bhuvneshwar Kumar. India will look to start things afresh to maintain their reputation of being a tough side to beat at home.

Virat Kohli: The Indian skipper will be the most important player for India in this series. He has been short of big scores for quite a while now and thus would be eager to get back to his usual form. Kohli will also have the chance to become the fastest to 12000 runs in this series and that record is something everyone is looking forward to.

KL Rahul: His role as a wicketkeeper-batsman has benefited India a lot in this format of late. Rahul has been scoring big runs consistently in the middle-order for the last couple of series and his wicket-keeping has been as good as anyone else. His role is going to be very crucial for this Indian side.

Heinrich Klaasen: He emerged as the hero of South Africa’s recent series victory against Australia. Klaasen scored his maiden century and also followed it up with two fifties in the series. He has been in fine form and is one of the best players of spin the Proteas have. So he will play a crucial role for South Africa in negating the threat of the Indian spinners.

Anrich Nortje: The young pacer had a terrific outing against Australia as well. He notched up speeds of around 150 kph consistently and took six wickets in the three matches against the Aussies. Nortje has 14 wickets to his name after seven ODIs now and that too, at an excellent strike-rate of 23.8.