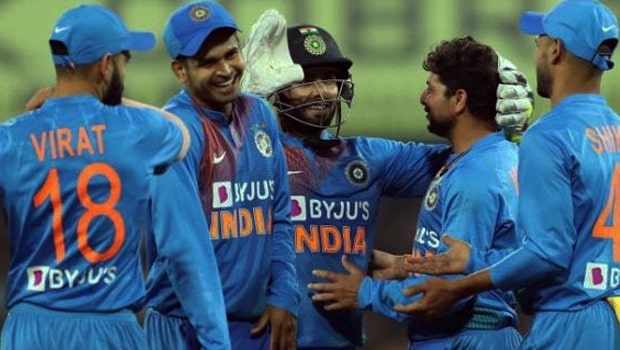 The Board of Control for Cricket in India (BCCI) on Sunday announced India’s 15-man squad for the three match ODI series against South Africa starting on March 12.

Several changes were made to the squad that took on New Zealand in the three-match series recently. All three of Hardik Pandya, Shikhar Dhawan and Bhuvneshwar Kumar made comebacks from their respective injuries whereas Shubman Gill earned a well deserved call up as well. Their inclusions, however, came at the expense of players like Mayank Agarwal, Shardul Thakur, Kedar Jadhav, Shivam Dube and Mohammed Shami.

Now, let’s take a look at how the squad stacks up and whether all the decisions taken by the selectors are fair.

● Hardik Pandya’s return is a big boost for the Indian team. The all-round strength of the squad in the last few months had reduced a lot in his absence. Pandya has shown that he is in sensational form as well. He smashed two centuries in the ongoing DY Patil T20 Cup recently and has taken many wickets with the ball as well. His return has strengthened both of India’s batting and bowling units, and Pandya looks all set to fire once again.

● Shubman Gill played his maiden ODI during the tour of New Zealand last year but has been short of chances in the limited-overs format since then. However, he has been rightly rewarded for his domestic performances now. Gill has been in sensational form in all forms of cricket at the domestic level and during India A tours and he would be eager to replicate that in this series, provided he gets a chance to play.

● Dropping Mayank Agarwal was totally unfair. The opener has been in very good form in Test cricket and was India’s best batsman in the recently concluded Test series against New Zealand as well. He made his ODI debut in the preceding series against the Kiwis as well and had made an impression for a couple of 30s. With Rohit Sharma still on the sidelines, Agarwal deserved a shot in this squad ahead of Prithvi Shaw.

● Suryakumar Yadav still finds himself out of contention. He has been in scintillating form with the bat in domestic cricket of late but his performances haven’t been rewarded. There is a clear lack of flexibility in the Indian middle-order and Yadav is capable of providing that.

● Shikhar Dhawan has encountered a dip in form of late. He doesn’t seem like the same batsman he used to be before but his series of injuries haven’t made it easy for him either. Dhawan, though, has done decently in the DY Patil T20 Cup recently and his performance should be judged on how he fares in this series.

● Bhuvneshwar Kumar, just like Dhawan, has struggled with a recurring set of injuries of late and that has impacted his ODI bowling numbers as well. He has been in and out of the squad a lot of late but he would be eager to make his mark in this series. His performance in this series will decide whether India should keep their faith in him or look at other resources to move on.