Home » Cricket » Should Rohit Sharma be made India’s T20 captain?

Should Rohit Sharma be made India’s T20 captain? 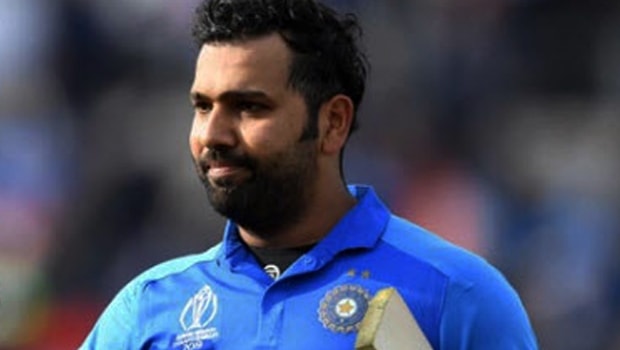 Success of a team is often gauged by the trophies it wins, and India, unfortunately, are yet to win a single major tournament under the captaincy of Virat Kohli. The Indian cricket team captain might be the greatest batsman in the world presently but his captaincy, particularly in the major ODI and T20I tournaments, have left a lot to be desired. India have already lost out on ICC Champions Trophy in 2017 and the 50-over World Cup in 2019 after reaching the final and semi-final respectively, with Kohli at the helm.

With the T20 World Cup slated for later this year, there’s a feeling in the Indian cricketing fraternity that India may need to look beyond Kohli to take up the reins of the team in the shortest format. And in India vice-captain Rohit Sharma, the management may just have the perfect option to take up the role. Sharma has, time and again, led the team with aplomb in Kohli’s absence and has proved to be a competent skipper whenever called upon.

With a winning percentage of almost 79%, the Mumbai lad boasts an impressive record as a captain when it comes to T20Is. Rohit has captained the team in nineteen matches in the shortest format and has come out victorious on fifteen occasions. Team India also retained the 2018 Asia Cup under the 33-year-old’s leadership.

These stats prove Sharma’s caliber to take up the role on a full-time basis.

Sharma, the king of IPL

The hitman is the most successful captain in the Indian Premier League, even surpassing former Indian captain MS Dhoni’s achievements at the helm of Chennai Super Kings. Ever since the Mumbaikar took over as the Mumbai Indians’ captain, he has brought home the IPL trophy a record four times.

Kohli, meanwhile, is yet to lay his hands on the IPL trophy despite having been the Royal Challengers Bangalore captain for seven seasons. Rohit has also captained the Mumbai team for seven seasons and the stark difference in their success rates can be determined with just a look at Mumbai’s trophy cabinet.

The #IPL and the captaincy of #MI made a huge difference to Rohit Sharma as a person. And the leader in him has delivered four trophies now. #TopCaptain

Considering the number of matches India plays in a calendar year, it is sure to take a toll on the bodies of the players. Virat, a regular in all three formats has an added burden of captaincy along with the jam-packed schedule. Though the team management has been mindful and has rested Kohli occasionally, the strain of being India’s full-time captain in all three formats has to be considerable.

Former Indian all-rounder, Yuvraj Singh, like many others, has backed Sharma to be appointed as the captain in the shortest format of the game to take some of the pressure off Kohli.

“Earlier there used to be just two formats – ODIs and Tests – so it was perfect to have one captain. Now there are three formats and if Virat is feeling overloaded, maybe they should try somebody else for the T20 format. Rohit has been a very successful captain,” he said in an interview.

Having different captains for different formats is an approach used by many teams. Australia has Tim Paine and Aaron Finch for Tests and limited-overs respectively. The English have also followed this method with Joe Root at the helm in Tests and Eoin Morgan leading the side in ODIs and T20Is.

When MS Dhoni handed over the reign to Kohli, Indian cricket fans expected him to replicate the success of his predecessor – simply put, get India another World Cup. The team has already lost out on two major opportunities and if the Men in Blue are not willing to risk the third one, it’d be better to hand over the duty to someone with a proven record – Rohit Sharma.