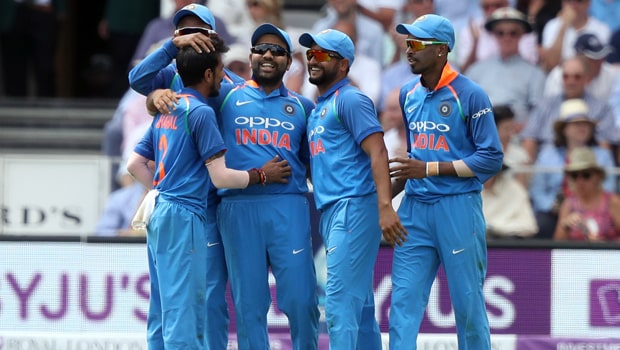 The National Selection Committee are poised to announce India’s squad set to face off West Indies in the upcoming T20I and ODI series scheduled for November 21.

Topics like Vice-captain Rohit Sharma’s workload management, as well as Shikhar Dhawan’s poor form are expected to be chief among all others tabled for discussion when the national selection committee meets in Mumbai on Thursday.

The meeting is also arranged to deliberate on the side’s limited-overs squads for their home series against the West Indies.

MSK Prasad can as well mark this as the last meeting he would preside over as both he and central zone selector Gagan Khoda are on their way out having spent completed a four-year spell.

Vice-captain, Rohit might, in fact, fetch himself a well-deserved rest during the three-match ODI series against the Caribbean team. This should get him in shape for feeling rejuvenated ahead of the tough tour of New Zealand next year, where India is scheduled to play five T20 Internationals, as well as three ODIs and two Test matches.

Putting things in perspective, the Indian team would face the West Indies, where they are scheduled to play three Twenty 20 Internationals. The series opener in Mumbai slated for the 6th of December is followed closely by matches in Thiruvananthapuram (December 8) and Hyderabad (December 11).

In the same vein, the three ODIs will be played in Chennai on December 15, followed by Visakhapatnam (December 18) and Cuttack on December 22.

The workload heaped on Rohit should be the headliner of all deliberations as the vice-captain has been involved in close to 60 competitive matches – including the IPL – this year.
In the present calendar year, the illustrious vice-captain has already played 25 ODIs, 11 Twenty20 Internationals. Interestingly, this is three ODIs and four T20Is more than skipper Virat Kohli, who has already been rested twice.

While Rohit should be given an opportunity to present his viewpoint, there is every probability that he would be rested in at least one of the two formats.

One other person who might feel the heat is senior opener, Shikhar Dhawan.