India U-19 skipper Garg Praises Dad for His Sacrifice 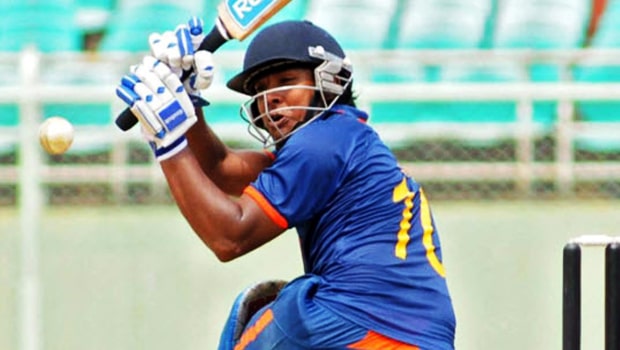 India U-19 skipper, Priyam Garg, has said his dream of being a cricket player wouldn’t have been possible without the sacrifice of his dad.

Recall that Garg, who hailed from village Quila Parikshitgarh, about 25km from Meerut, was named the captain of the Indian under-19 team for the World Cup to be played in South Africa from January 17 to February 9 by the BCCI after its Annual General Meeting.

After picking up the bat and ball at the tender age of six, the rising star said his journey from a small child without means to buy cricket gear to what he has achieved in the game is all down to his dad.

In order to fulfill his youngest son’s ambition, Garg’s dad had to resort to driving a school van. This was also done in order to fend for his elder brother and three sisters.

Speaking with PTI Bhasha, he said his father had not enough money to take care of such a big family and support his cricket career, but with a love for the sport, he borrowed money from his friend and bought a cricket kit for his son. As if that was not enough, his father also arranged for his coaching.

It could be recalled that Garg had a personal setback when his mother died while he was 11. He pointed out that his only regret is that his mother is not alive to witness him play for the Indian team, which was her dream.

India, a four-time winner, is the most successful team in the tournament. Priyam will now carry the responsibility of leading the lads to defend the title won in 2018. He is now towing the lines of successful captains like Mohammad Kaif (2000), India’s senior team current, Virat Kohli (2008), and batsman Prithvi Shaw (2018).

With a first-class double hundred and a List A century to his name, Garg is no doubt capable of the responsibility placed on his shoulder.

His 7-8 hours practice a day reflected in his game when his skills were made visible to the world as a part of the India C team that finished runner-up in the Deodhar Trophy.

The right-handed top-order batsman had 800-plus runs in his debut Ranji Trophy 2018-19 season for Uttar Pradesh and scored a century in his debut game against Goa.