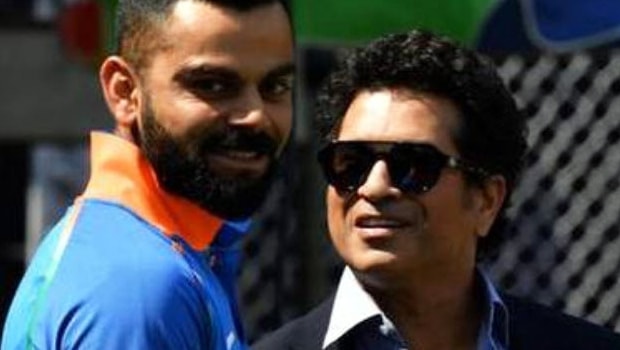 In 2012, when the great Sachin Tendulkar flicked the ball on the leg side for a single off Shakib Al Hasan to score his hundredth ton, hardly anyone would have thought that the record could ever be emulated, let alone broken. Fast forward eight years and we have Virat Kohli, who was one-year-old when Tendulkar made his debut, in striking distance of the Little Master’s most prestigious record – a century of centuries.

Kohli, with 21,901 runs across formats, is the highest run-getter in international cricket among active players currently. En route, the right-handed batsman has struck 70 centuries – a number only behind Sachin Tendulkar’s 100 and Ricky Ponting’s 71 tons.


Barring any unforeseeable developments, the Delhi player will definitely go beyond Ponting’s record, but the big question is – will he be able to go past Tendulkar? Here’s a look at the probabilities.

Kohli and Tendulkar at 31

Table: Centuries at age of 31: Sachin Tendulkar vs Virat Kohli

Currently 31-years-old, Kohli has scored 27 Test hundreds and 43 ODI tons already. Interestingly, Tendulkar, at the age of 31, had the exact same number of centuries (70). Compared to Kohli, Sachin had more success in the longest format with 33 tons but had lesser ODI centuries with 37.

Considering the total number of matches taken, Tendulkar took 447 matches to accumulate his 70 tons while Virat took only 416.

A crucial factor that’s bound to play a role is the longevity of Kohli’s career. Considering Kohli is one of the fittest athletes in the world, it is safe to assume he will play for the next six to seven years.

At the current rate, the India skipper is scoring an average of 2650 runs every year since the last four years along with 9 centuries per annum.

Even if we factor in a drop in form with age, 5 centuries per annum for the next six years would see Kohli catch up to Tendulkar.

Another point that tilts the scale in Kohli’s favour is the number of matches per hundred. The Delhi lad takes 6.5 innings to score a hundred whereas Sachin took almost 8 innings to get a ton. The superior conversion rate means Kohli can get to the golden figure much faster.

Cricket, especially the limit-overs formats, has shifted a lot more towards the batsman’s favour in recent years with most games being high-scoring ones. Three hundred runs in an ODI which felt like a monumental score even a decade ago, has now become a norm. Shorter boundaries, fielding restrictions and faster outfields have made it easier for the batsmen to pile up runs.

All these factors further strengthen Kohli’s case to race towards the magic figure. Considering the stats, the real question may be ‘when’ rather than ‘if’ Kohli will breach Tendulkar’s special record.