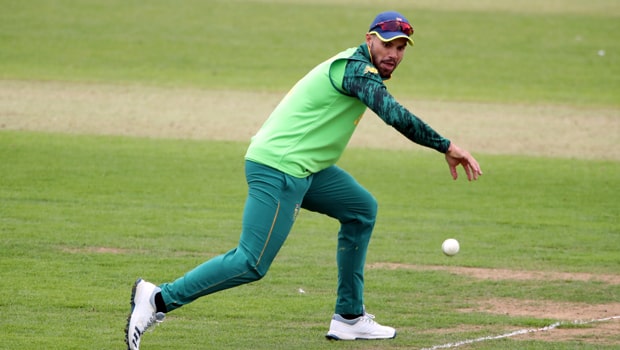 The three-match Test series between India and South Africa will commence with the first Test at Visakhapatnam on Wednesday. Both sides will battle it out to establish their supremacy at the beginning of the series. While India are the favourites to win at home, South Africa won’t be an easy team to beat considering the immense talent pool it has. Many of the new faces in the side are extremely talented and are a potential threat to India’s chances of dominating this series. Let’s have a look at those players.

Aiden Markram: He is one of the most talented batsmen amongst Proteas’ recent pool of players. Markram likes to make his bat talk and his tally of 1358 runs in 17 Tests at an average of 43.80 tells how good a batsman he is. His strike-rate of 64.26 also suggests how much he likes to dominate the bowlers and 10 scores of fifty-plus, four of which are hundreds, in just 31 innings gives an idea about his frequency of big scores as well. Moreover, he scored a 100 in the recent 3-day practice match against Board President’s XI as well and that sums up the kind of form he is in.

Temba Bavuma: A Test match average of only 33.00 might not give that good an impression about Bavuma but he is a much better player than that. He is technically strong and has a rock-solid temperament as well. The 29-year-old was in good form during the T20I series against India during which he returned with scores of 49 and 19. And he remained unbeaten on 87 during the practice match against Board President’s XI as well. Bavuma is a good player of spin and he will have a crucial role to play against the Indian spinners.

Keshav Maharaj: The left-arm spinner is one of South Africa’s finest. He has already made a mark for himself in the Test side having claimed 94 wickets in 25 matches at an average of 28.44. However, he is yet to play a Test as per Team India latest news and it is a parameter which helps to judge the quality of all other overseas spinners. Maharaj bowled a good spell of 13.1-4-35-3 in the practice match against Board President’s XI and showed why he is going to play a pivotal role for South Africa in tackling the Indian batsmen in this match.