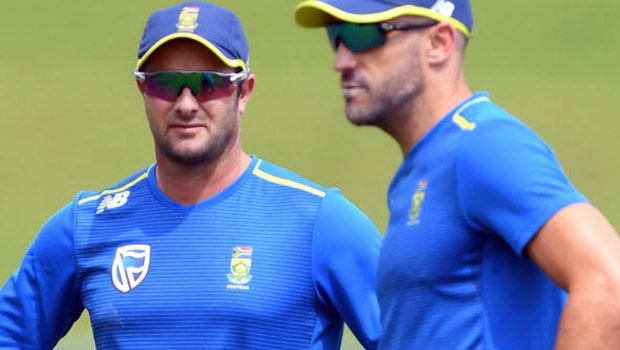 South Africa’s head coach Mark Boucher stated that Faf du Plessis’ experience will help the team in the Indian conditions. Du Plessis has done well in the Indian conditions over the years and he can still play a crucial role for the Proteas. However, the former South African skipper hasn’t played an ODI since the 2019 World Cup and it would be interesting to note how things pan out for him.

The right-hander was recently part of the T20I series against Australia but returned with the scores of 24, 15 and 5. The middle-order batsman hasn’t been in the best of forms in the recent past and he would need to turn the tables in the coming series against India.

“If you go to a place like India, you need to find a balance between youth and experience. I think Faf is really doing well in ODI cricket for South Africa. The last time he played, he got a hundred. He knows the Indian conditions very well,” Boucher said during the team’s pre departure press conference on Sunday.

Boucher believes it would be a good headache to have to decide the playing combination with Faf du Plessis also in the reckoning. The former South African gloveman added that du Plessis has done well in Indian conditions and having him in the team will be a bonus.

“It’s a good headache to have. Just him being around the squad will add a lot of value and experience as well. We will look at conditions and then put together combinations. Why you would want to have Faf is because he has done really well in those (Indian) conditions.”

On the other hand, South Africa lost the T20I series against Australia by 2-1. But the hosts were able to turn the tables in the ODI series and whitewashed Australia 3-0. Boucher feels this series win will give them confidence for the India tour but at the same time he understands that the Indian team and conditions will pose a different as well as a difficult challenge.

“We have just beaten a very good team now. We needed confidence and it will certainly give us a lot of confidence.”

“India is going to be a tough test. Different conditions. Lot of guys haven’t played a lot of cricket in India as well. What’s impressive is that guys have responded to the messages we have sent out to them on batting and bowling perspectives.”

The first ODI between India and South Africa will be played at Dharamshala on 12th of March.