India vs South Africa 2020: We might limit usage of saliva for shining ball – Bhuvneshwar Kumar 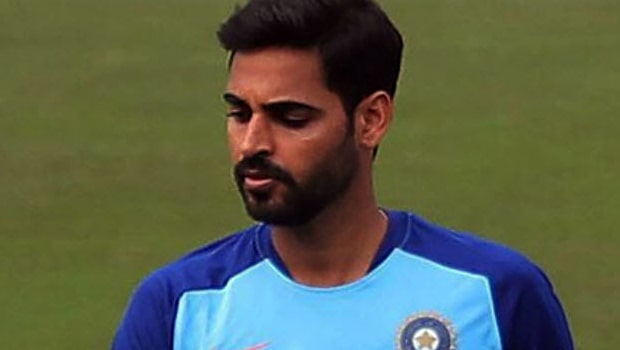 India’s comeback fast bowler, Bhuvneshwar Kumar has made it clear that they might limit the usage of saliva for shining the ball against South Africa in the upcoming three-match ODI series amid the outbreak of the deadly Novel Coronavirus.

Kumar who is making a comeback into the side after recuperating from the Sports hernia injury will look to hit the ground running. However, the Uttar Pradesh-based bowler has also revealed that there is no other alternative to shine the ball if they don’t saliva and thus he is not sure if the Indian team will totally avoid using it.

Bhuvneshwar, who is biggest forte is swinging the new ball, added that they will consult their team doctors ahead of the match and the team will adhere to the commands it receives. Kumar also understands that it is valid point as the country has reported more than 40 cases of Coronavirus, which is spreading a wildfire throughout the world.

“We have thought about this thing (not using saliva) but I can’t say right now we will not use saliva because if we don’t use saliva then how will we shine the ball. Then we will get hit and you people will say you are not bowling well,” said the 31-year-old pacer.

“But it’s a valid point and let’s see we will have a team meeting today and whatever instruction we get or whatever is the best option we will do. It all depends on the team doctor and what advise he gives us,” he added.

On the other hand, the upcoming Indian Premier League is also under the scrutiny due to the outbreak of the deadly virus. The BCCI president, Sourav Ganguly has given a green chit to the tournament as he recently stated that it will go ahead with precautionary measures. However, many sporting events across the globe have been postponed or canceled.

Kumar refused to predict the tournament’s future but added they are adopting every precaution on their end to keep themselves away from any danger.

“You cannot say anything right now because it’s taking a dangerous situation in India. But we are taking every precaution we can take. We have a team doctor with us and he is giving us instructions about dos and don’ts. So we hope it won’t go (spread) much further,” he said.

“Few dos and don’ts which the team doctor wants us to do. Simple things like maintaining hygiene, keep washing your hands regularly and not going closer to fans and all those things.

India and South Africa will play the first ODI tomorrow at Dharamshala on 12th of March.