Home » Cricket » India vs South Africa, 2nd Test: Players to watch out for

India vs South Africa, 2nd Test: Players to watch out for 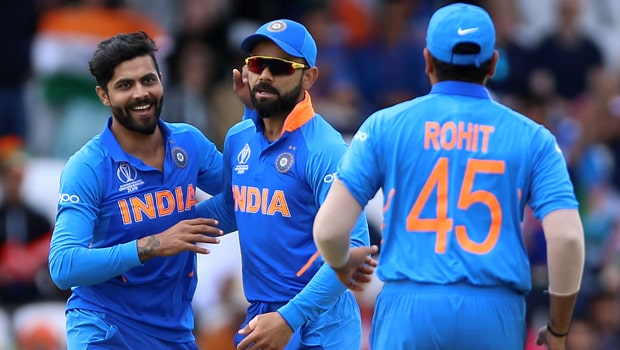 South Africa would be eager to make a strong comeback in the second Test against India at Pune after they lost the first match at Visakhapatnam by a massive margin of 203 runs. India completely outplayed them as they dominated the visitors in both departments. However, along with the performances of the Indian players, there were some notable performances from the South African players too. The outcome of the second match will once again depend on how these players fare in this match. So let’s have a look at who these players are.

Rohit Sharma: The Indian team management copped a lot of criticism for picking Rohit in the Test squad for this series. But, he repaid the faith shown in him with back-to-back centuries in the first Test. He followed up his fabulous knock of 176 runs with yet another fantastic innings of 127 runs in the second innings. While the first century came at a strike-rate of 72.13, the second one was scored even faster – at a strike-rate of 85.23. That sums up how he dominated the Proteas bowling attack.

Mayank Agarwal: The 28-year-old has become a vital cog of the Indian batting unit since December last year. And now he brought up his maiden Test century in a splendid manner as he scored 215 runs in the first inning of the previous Test. Agarwal now has 497 runs in five Tests at an excellent average of 55.22 and these runs include one century and three fifties as well.

Ravindra Jadeja: The Indian all-rounder played a crucial role in India’s win in the last match. He picked up six wickets and scored 70 runs at averages of 35.16 and 70 respectively. That included an important 32-ball knock of 40 runs in the second innings when India needed to accelerate and also bowling figures of 4/87 that helped India to bowl South Africa out for just 191 runs in the final innings of the match.

Dean Elgar: The South African opener showed excellent resilience in the first innings of the previous Test. His innings of 160 runs gave South Africa the chance to be in the game till the final day of the match. Elgar was also involved in crucial partnerships of 115 and 164 runs with the likes of Faf du Plessis and Quinton de Kock.

Quinton de Kock: The Proteas wicket-keeper batsman was seen in fabulous form in the T20Is series as he scored back-to-back fifties. And now he has followed that up with an attacking knock of 111 runs in the first Test as well. Even though he failed to score big in the second innings, his century in the first served as enough proof of the fact that he is more than capable of dealing with the Indian spinners.

Senuran Muthusamy: He was handed his debut Test cap in the previous match mainly as a spinner. But it was with his batting that he impressed the most. Muthusamy took just one wicket in the two innings combined but faced over 100 deliveries during each innings with the bat and remained unbeaten on scores of 33 and 49 respectively. At one point, it looked like his ninth wicket partnership of 91 runs with Dane Piedt would help South Africa to an unlikely draw. It didn’t happen, but he remained unbeaten.